Several Acastas teamed up with a group of 18th century sailors to participate in the recent Market Fair at Locust Grove in Louisville, Kentucky. The scenario was the British takeover of Philadelphia in 1777. The naval crew worked all Saturday to fabricate two 'chevaux de frise' barricades to place by the 'city entrance' so the British guards would have an easier time controling the foot traffic coming in to the fair. Guards were supoosed to check for passes issued to the visitors to the site.

The naval crew completed two of the barricades in a day with a meager crew of three and grossly inadequate 18th century tools. 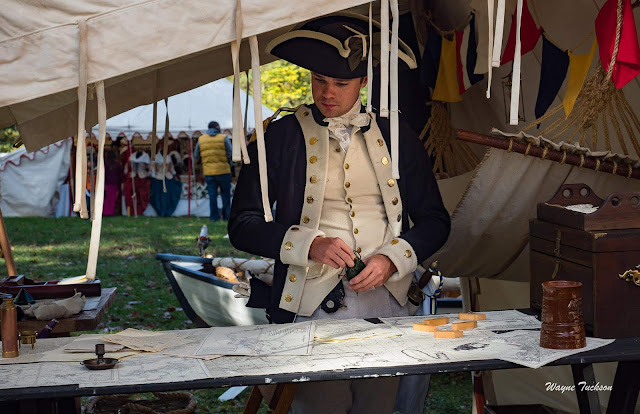 Our commander in camp. 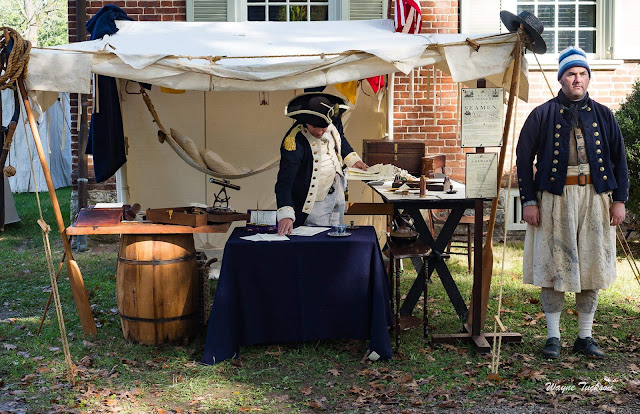 Hollybrass posted as guard while the commander works. 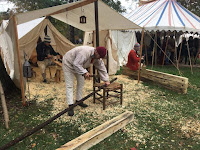 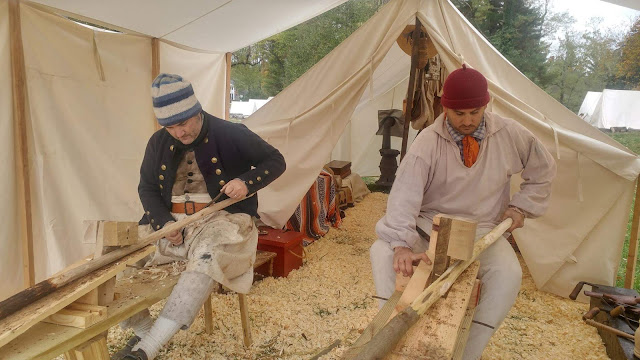 Hollybrass and Mr. Wright working under the Carpenter's tent. 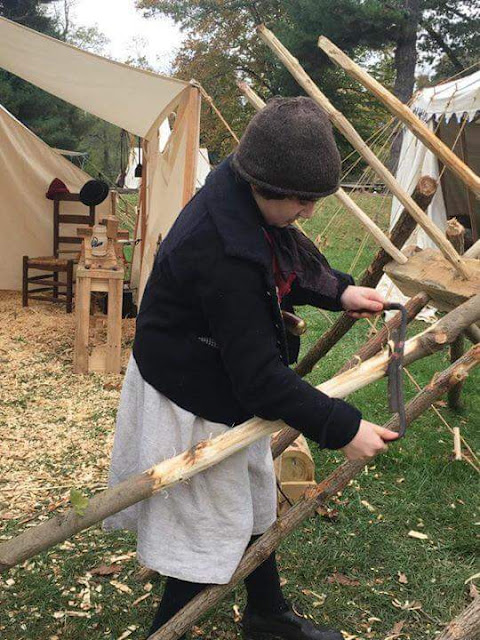 Mr. Linden works with the draw knife for the first time. 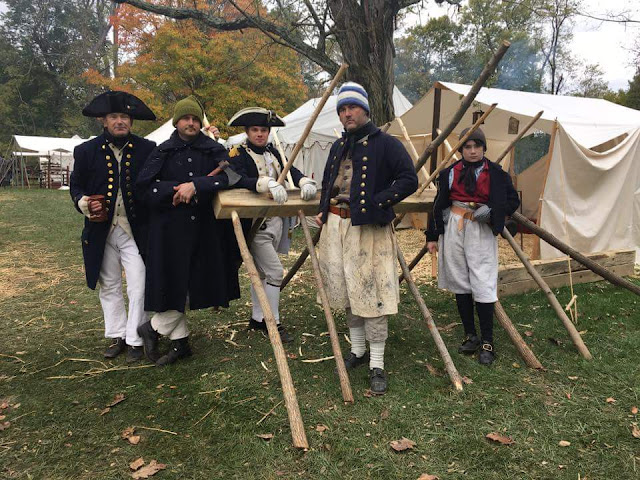 The naval crew poses with their handiwork. 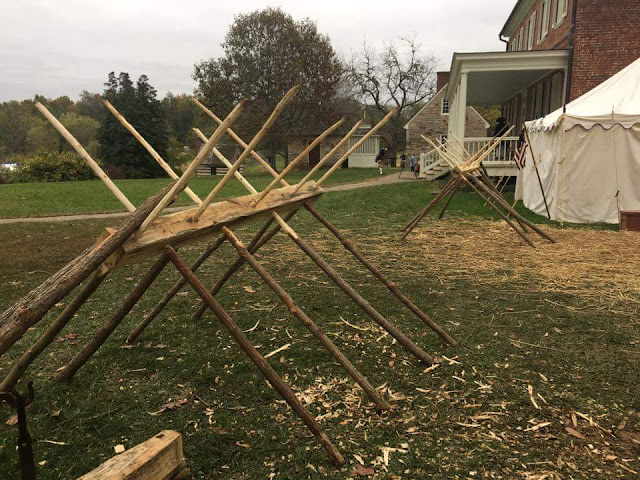