How to Paint a Bosun's Hat

ACASTA (sometimes seen as 'Acaste' or 'Akaste') - In Greek mythology, she was one of the Oceanides. A sea nymph, one of the three thousand daughters of the Titans Tethys (mother) and Oceanus (father). According to the Homeric Hymns, Acasta was one among the companions of Persephone when she was gathering wild flowers. 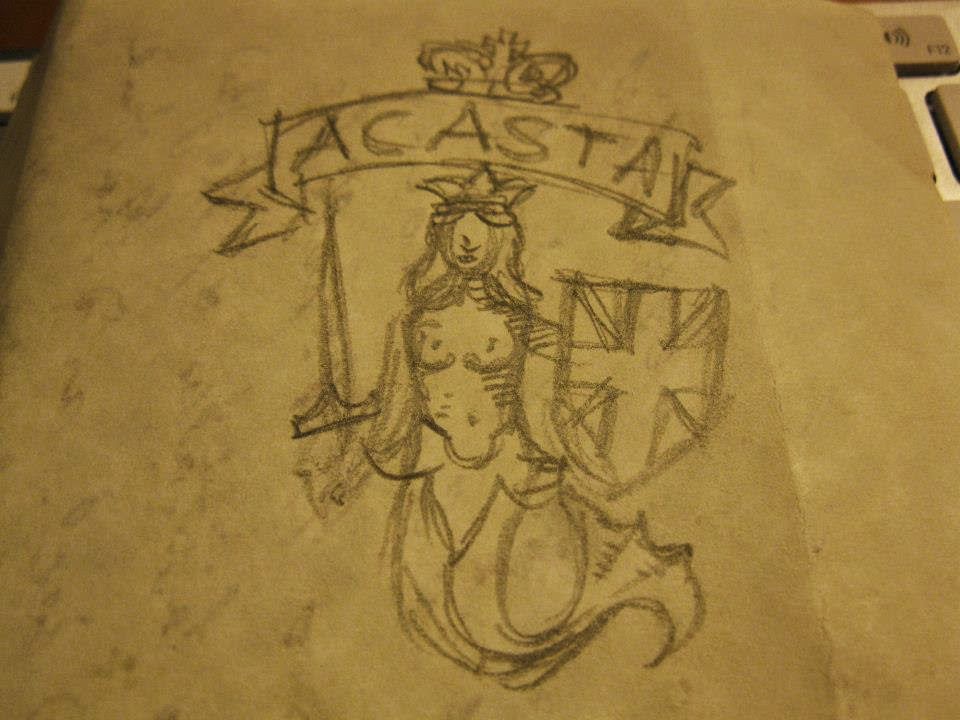 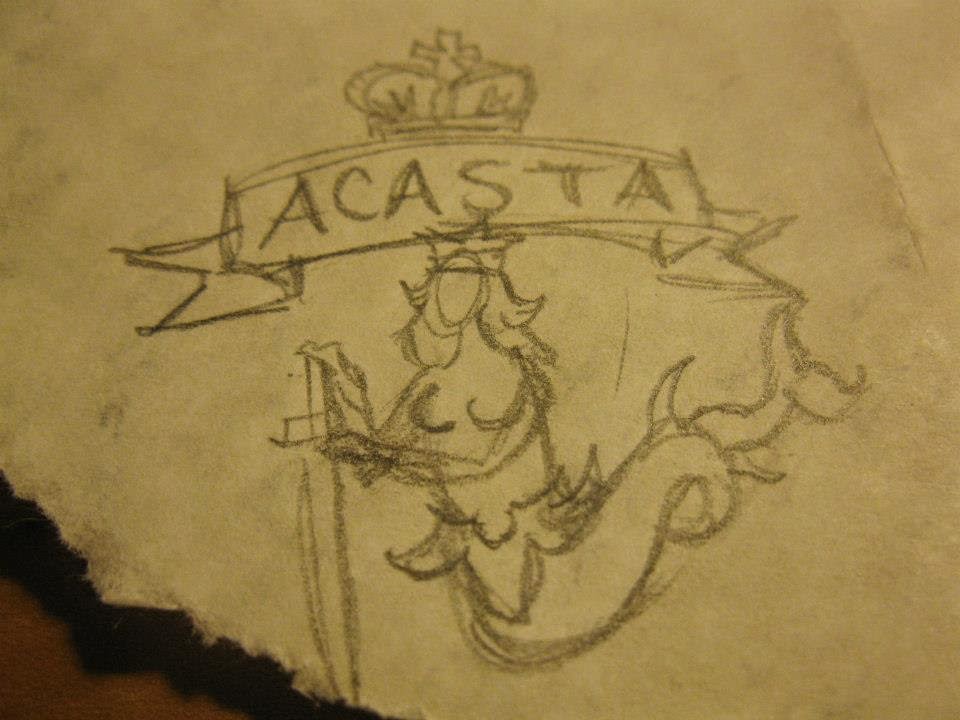 I hunted for anything from the historical naval record that would indicate that the original HMS Acasta had a crest or something that could be used on a hat of this sort with no luck yet. So, to hold its place until we find evidence of the original design, I did several small sketches that involved a sea-nymph/mermaid design in keeping with the ship's mythological namesake. The mermaids are based on several original mermaid illustrations from the period. Most hats of this sort involve a ribbon that bears the ship's name, so I included one of these in each design. Each design also included the mermaid holding a sword as a representation of England's power, and one involved a shield with the Union flag on it. 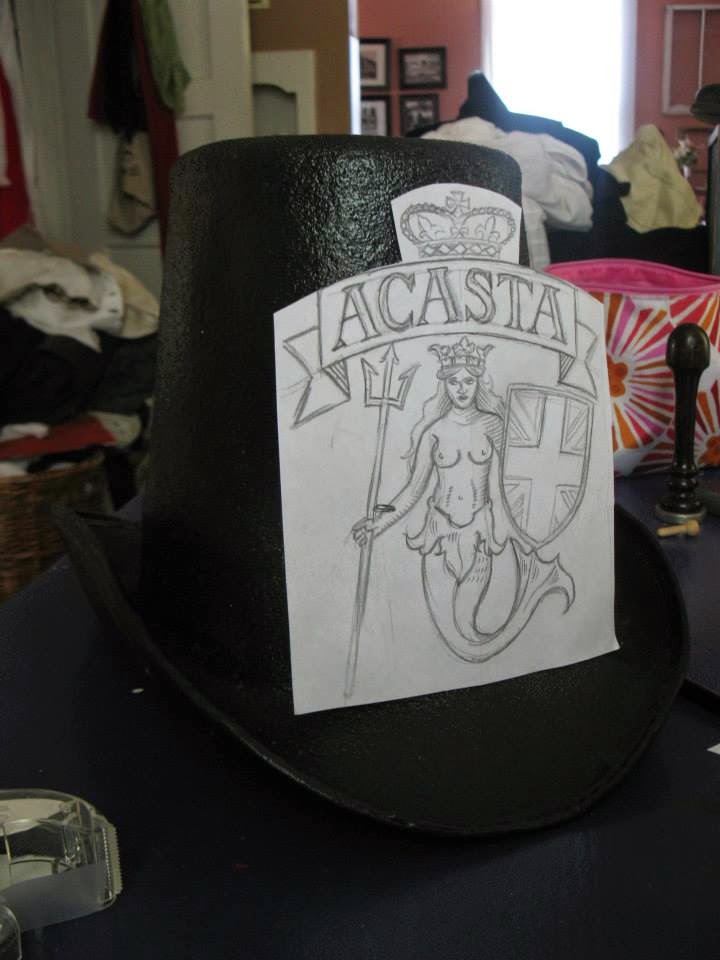 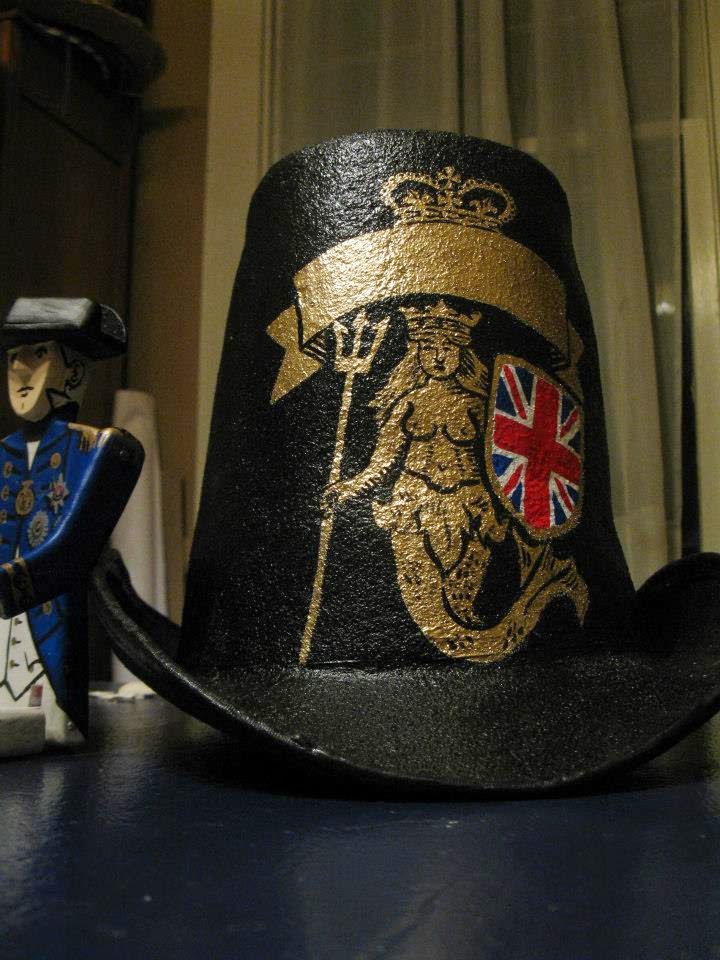 I eventually settled on the upright tail design with the shield, but the sword was changed to a trident to offer up a little more visual balance. I then traced her onto the hat and started painting. The bosun's hat is felt with about 4 layers of exterior grade black latex house paint on it. The design itself is painted over top of that with Testor's model paint… gold, red, white & blue with black to indicate some of the mermaid's details. 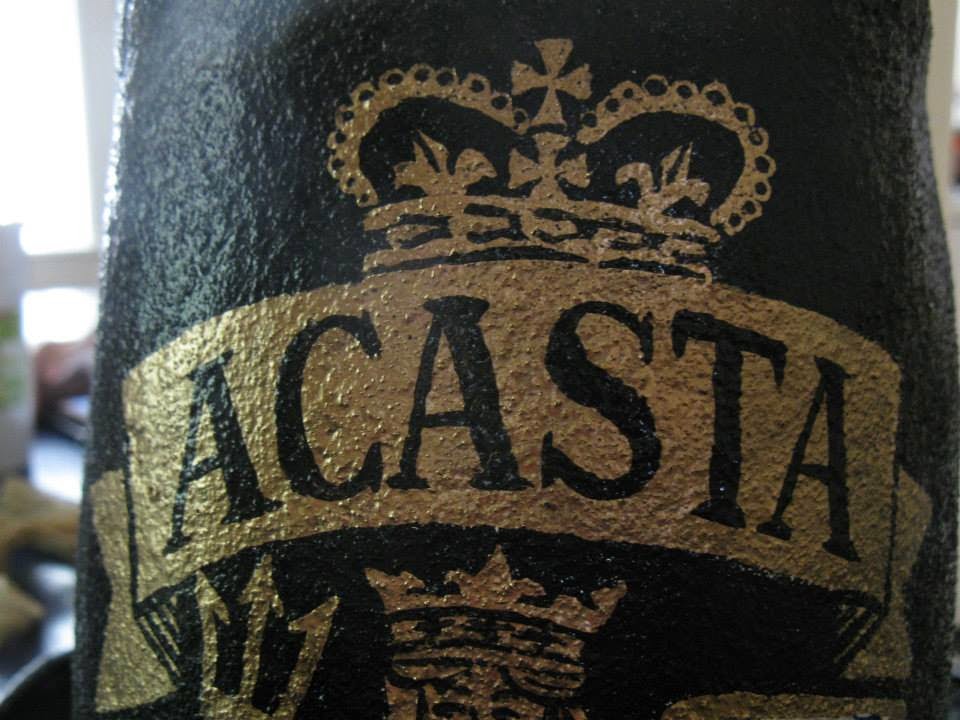 After giving the design a few days to dry, I tackled the lettering, again just black Testor's model paint on the gold. You can also see where I added some detail with the black around the crown at the top. 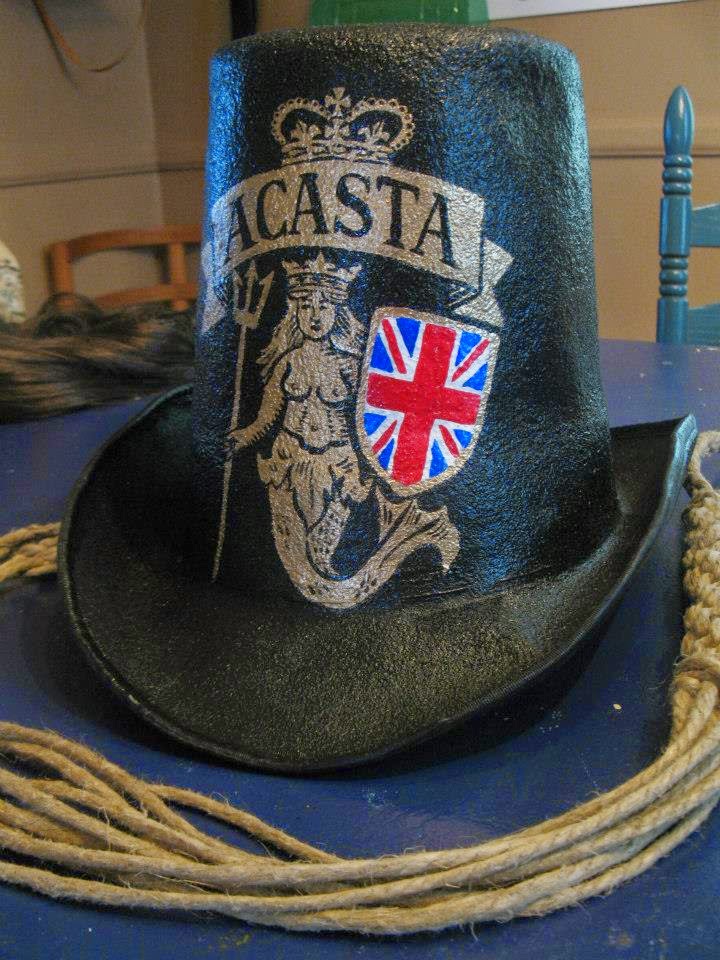 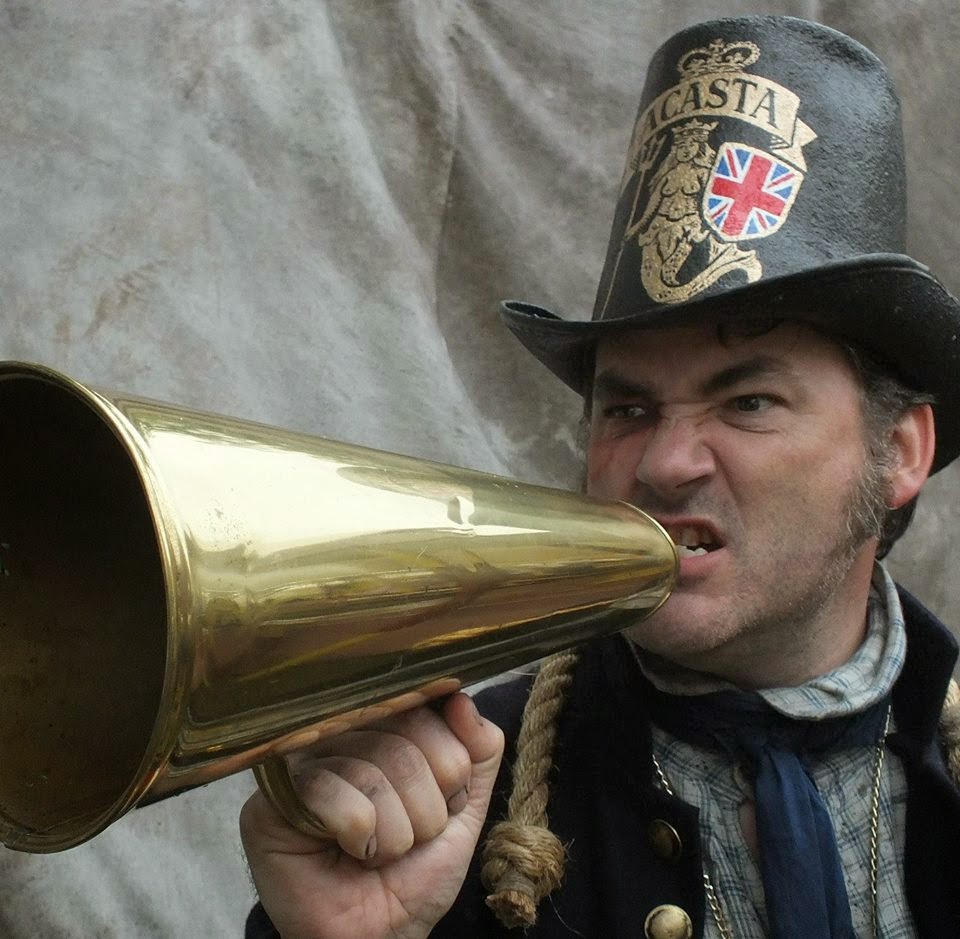 Here you can see the finished design on the hat as well as on the head of Bosun's mate 'Samuel Hollybrass' at the Fair at New Boston in Aug 2014.