From the Medical Journal 4 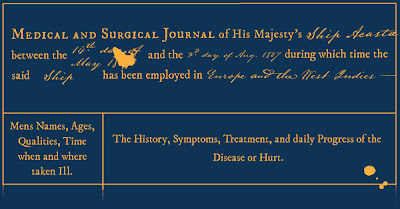 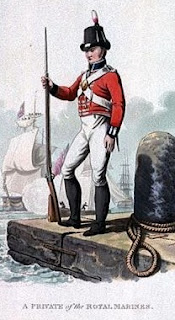 This is a coltish drunken fellow of such a ghastly wretched appearance in general that it is a difficult matter to ascertain at anytime whether he is in health or otherwise especially if it is convenient for him to affect indisposition - which is very often the case. He has been bred a butcher and from the facilities of his early years he has acquired habits that are in some degree rare - he can imitate with the greatest possible exactness the howling of a pack of hounds, the crowing of a cock, the bellowing of a bull, cow or calf and a number of other animals. On account of these curious qualifications he is often solicited by his shipmates to give a specimen of his talents and a glass of grog is of course the reward. I presume he has been drunk in consequence of something of this kind and has affected sickness to avoid punishment. He says his head aches

I have given him an emetic and will stop his grog till he is better.