A selection of uniforms etc in progress:

The late Lord Collingwood described his opinions on the need for a proper education before sending boys to sea in two letters written before and shortly after the Peace of Amiens.

"I will order Mr. ---'s son to be received here with a great deal of pleasure, and do every thing in my power for him. Has he been taught navigation? If his father intended him for the sea, he should have been put to a mathematical school when twelve years old. Boys make very little progress in a ship, without having been well practiced in navigation; and fifteen is too old to begin, for very few take well to the sea at that age. If, however, Mr. --- is determined, he should lose no further time, but have his son taught trigonometry perfectly before he begins navigation. If the boy has any taste for drawing, it will be a great advantage to him, and should be encouraged."

"I would recommend his taking him home, and putting him to a good mathematical school, perfecting him, under his own eye, in navigation, astronomy, mechanics, and fortification. He knows now enough of ships to make the application of what he learns easy to him and when his head is well stocked, he will be able to find employment and amusement without having recourse to company, which is as often bad as good. He has sense and spirit enough to make a good officer and an honourable man; but he must make his studies a business, to which he must be entirely devoted: drawing is the best kind of recreation. If he be sent immediately to sea, he may become a good sailor, but not qualified to fill the higher offices of his profession, or to make his way to them."

A selection from the public and private correspondence of Vice-Admiral Lord Collingwood; interspersed with memoirs of his life (Vol 1)

From my most recent trip.

Email ThisBlogThis!Share to TwitterShare to FacebookShare to Pinterest
Labels: Miscellany, The Doctor, Video

A Stop in New Harmony


As you read these words, I have taken a brief trip to New Harmony, along the Wabash River, where I will be giving medical lectures and demonstrations in a great theatre! You may see a bit of what I talked about last year in the image above. I wish you all well until my return!

Email ThisBlogThis!Share to TwitterShare to FacebookShare to Pinterest
Labels: Miscellany, The Doctor, Video 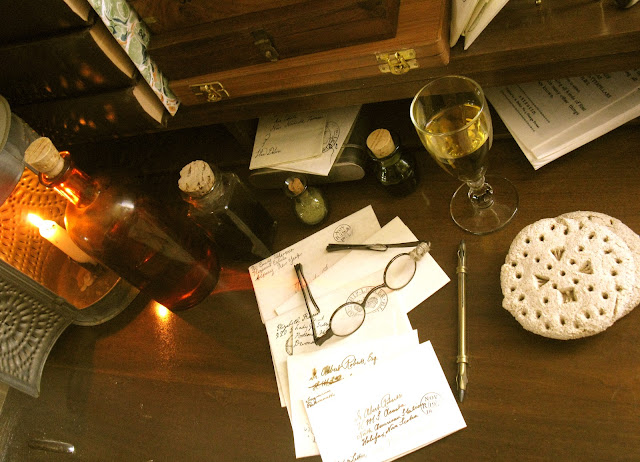 Open Call to ALL Reenactors, Historians and Creative Writers! 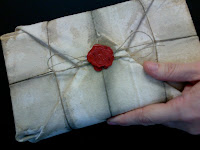 Need some ideas for what to write? Try one of these:

Letter from a friend or colleague back home.
A bill or request for payment.
An overdue payment of debt.
A letter carrying news of the war(s)

Contact me to find out where to send your finished letter… or for any other additional information.

A letter from the Captain

I was looking through my drawers and discover'd this old letter from my Captain. Do feel free to have a look: 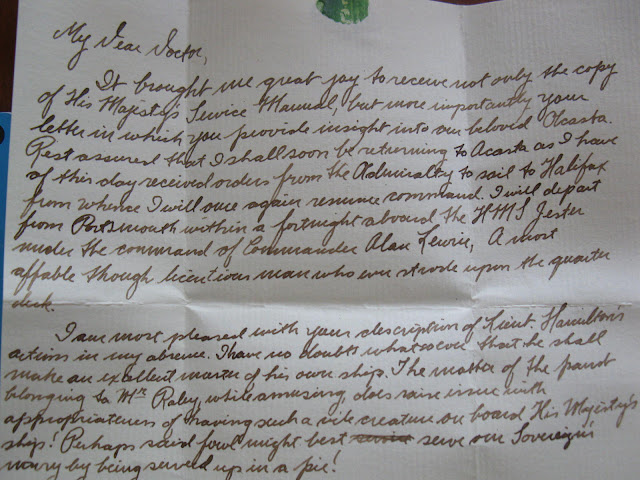 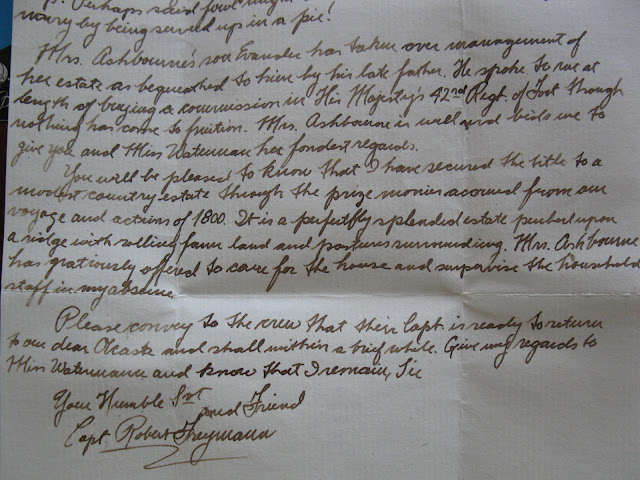 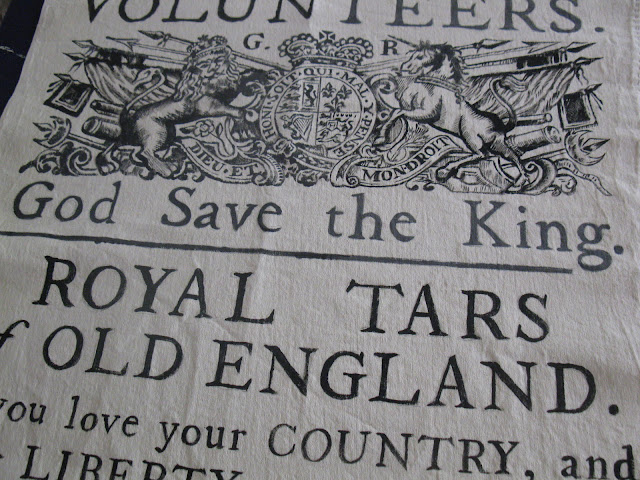 Some of the men that had begun working on a recruitment banner some time back used the past few sunny, idle days to continue work on it. They have gotten a great deal done, and the banner is nearly complete. The detail is quite impressive, though, I do not think that they were much appreciative of my comments on the anatomy of the lion and the unicorn, so I left them to paint in peace.

The Tall Ships® 1812 Tour, presented by Redpath Sugar, will sail to 16 Ontario ports this summer to commemorate the bicentennial of the War of 1812.

This pan-provincial tour, produced in partnership with the TALL SHIPS CHALLENGE® Great Lakes 2013 series, will feature tall ships from around the world. From June 14 to September 2, 2013, you can tour the decks of the majestic fleet of ships, participate in War of 1812 interactive experiences, enjoy live musical performances, kids programming and much more.


Thirteen tall ships sail in to Brockville, the first port of call, from June 14th to the 16th. 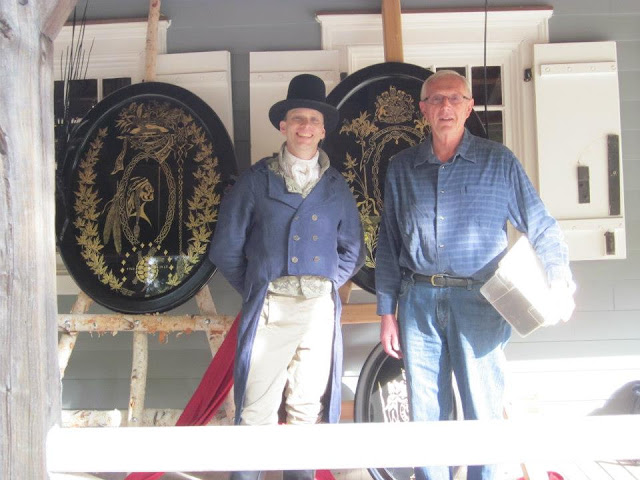 After the bicentennial of the Battle of Queenston Heights,  near Fort George, Ontario, 3rd Lt. Tom Tumbusch had the honor of meeting with John Cocking, a likely descendant of a historic Acasta crew member named Robert Arber. He showed Lt. Tumbusch Robert's Bible and several other interesting documents it contained. 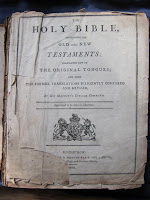 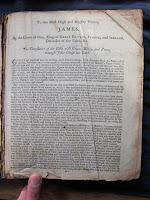 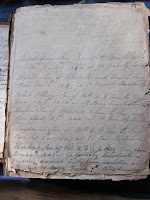 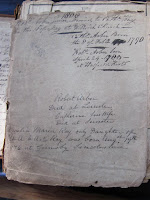 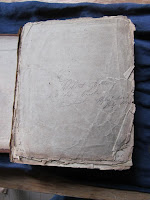 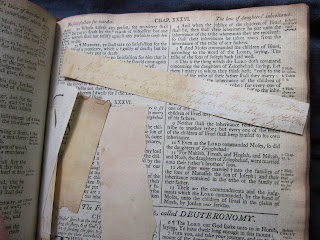 Special thanks to Mr Cocking for contacting us so that we could examine his lovely family bible, and to Tom Tumbusch who did the examining and took all these pictures! 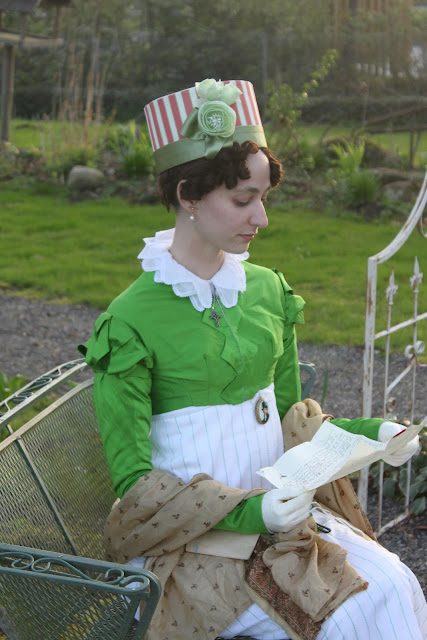 As you do go on so about my not writing often enough, I have taken up my pen in an attempt to remedy the situation and forgo your certain wrath.

Since my last letter we have had several great windfalls!

On Christmas day we captured the American Privateer Herald as she and her prizes were bound for Baltimore. She had two other vessels with her, the Friendship and the Little Catharine.

The Herald, being a ship of only 10 guns and barely 50 men, was no match for the combined might of the Poictiers and the Acasta. According to the reports I've heard from the Acastas that have been aboard the Friendship, she had a fortune in cargo aboard her, a fine Christmas present for every man in the crew, in terms of prize money.

Then, upon my birthday, in company with the Poictiers, we captured the American schooner privateer Highflyer, mounting five guns, and having on board a complement of seventy-two men : she was on her return from the West Indies, where she had made several captures, is a particularly fine vessel, coppered and copper fastened, and sails remarkably fast.

We only just finished a hunt for a mysterious American Frigate that chased one of our ships into Bermuda.

It caused quite a stir at the Royal Navy Dockyard. The story got 'round with haste of the Captain of the Dotterel's claim that they had been chased the previous night by an unidentified American frigate. As a result, the Ramillies, Acasta, and Dotterel were sent out in search of the enemy.

Whoever she might have been, she must have been fast and well ahead of us. We searched for near on a month with no success, and have returned to Bermuda to report and take on fresh victuals before returning to the blockade.

The Acasta will be ashore in Halifax again in June, and if you are able, I should very much enjoy your company there. I know that the Captain and your other friends aboard would be gratified to see you again as well. It is my sincere wish to see you there upon our arrival!

Please forgive the brevity of this letter, but it must go into the post with haste before we depart. Know that the length of this missive is not directly proportional to my esteem and affection for you my dear, but that I must also get a letter out to my man of business in London. Please pass along my regards to our friends, and know dear that I am 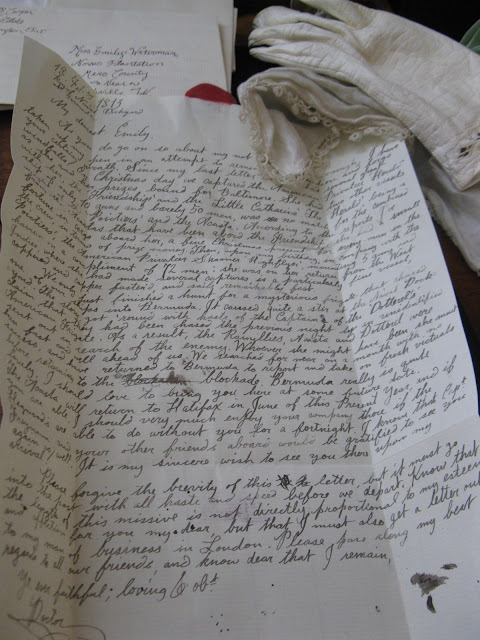 Some 1812 Events for this Present Year 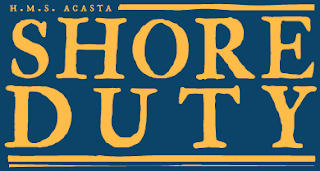 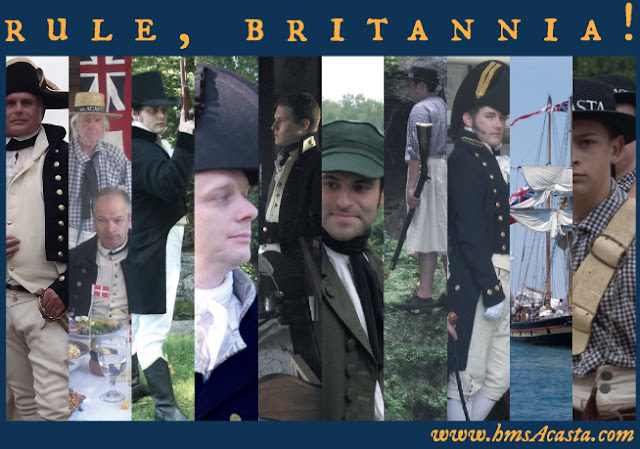 At the end of March, the site had over 29,366 hits with the top 4 countries to view the site continuing to be the United States, United Kingdom, China and Russia. We also seem to have gotten the Russian spambot invasion under control.

If you enjoy reading the adventures of the HMS Acasta, be certain to become an honorary member of the crew. This is an easy way to show us that you're out there and paying attention. It is a simple matter really, there is a blue button... NOW at the very bottom of this very page that will allow you to join.

And Second, I would ask that you comment from time to time on the posts that interest you the most. This is an excellent way to let the crew of the Acasta know what you, the reader, is the most interested in seeing. It is always most gratifying to know what the readers like. For those of you that have commented in the past, we thank you for you support and interest!

If you find a post that you are particularly fond of... be sure to share a link with your friends, over Facebook, Tumblr, Google Plus, etc. so they can enjoy it too!

HOW can you participate you ask? Great question... read on!

If you're a historical reenactor with an interest in the Royal Navy circa 1800-1812, you might be just the person we're looking for! Find out more about joining the Acasta HERE.

OR, if you like to write, you can participate in our MAIL PACKET project, wherein you write a period style letter to one of the crew and it gets published AND potentially answered here on the Acasta site. Be sure to click on the link for more details and EXAMPLES of some of the letters we've gotten thus far.

WHERE CAN I SEE THE ACASTAS IN PERSON?

Great question. In this Present Year, the Acastas will be ashore at the following events: