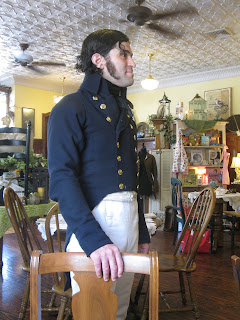 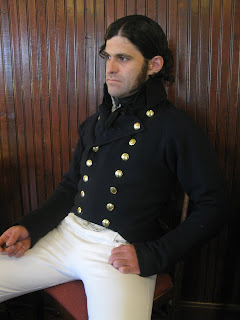 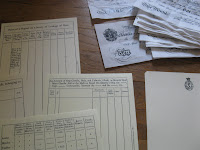 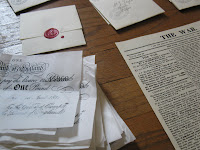 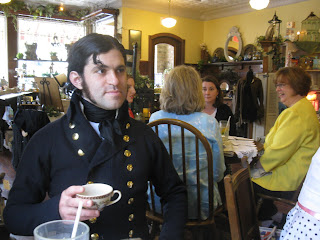 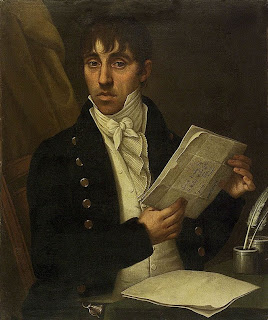 Mr. Cushing's coat is based on the coat seen in the above portrait of Samuel Crowley, Purser (d.1836 or 1837) A half-length seated portrait with head to left, body to right, in purser's undress uniform, 1807-1825, with his fob seal visible on the left. Pursers were the naval warrant officers responsible for provisions and clothing. The sitter is at a table with paper and ink-pots containing quill pens and is holding an unfolded letter inscribed as addressed to him, 'Samuel Crowley, Esq HM Ship Windsor Castle, Palermo, P. Packet'. Crowley became a purser in 1779. Between 1805 and 1814 he was in the third-rate, 'Windsor Castle', 74 guns Date: 1807-1808

Email ThisBlogThis!Share to TwitterShare to FacebookShare to Pinterest
Labels: Images