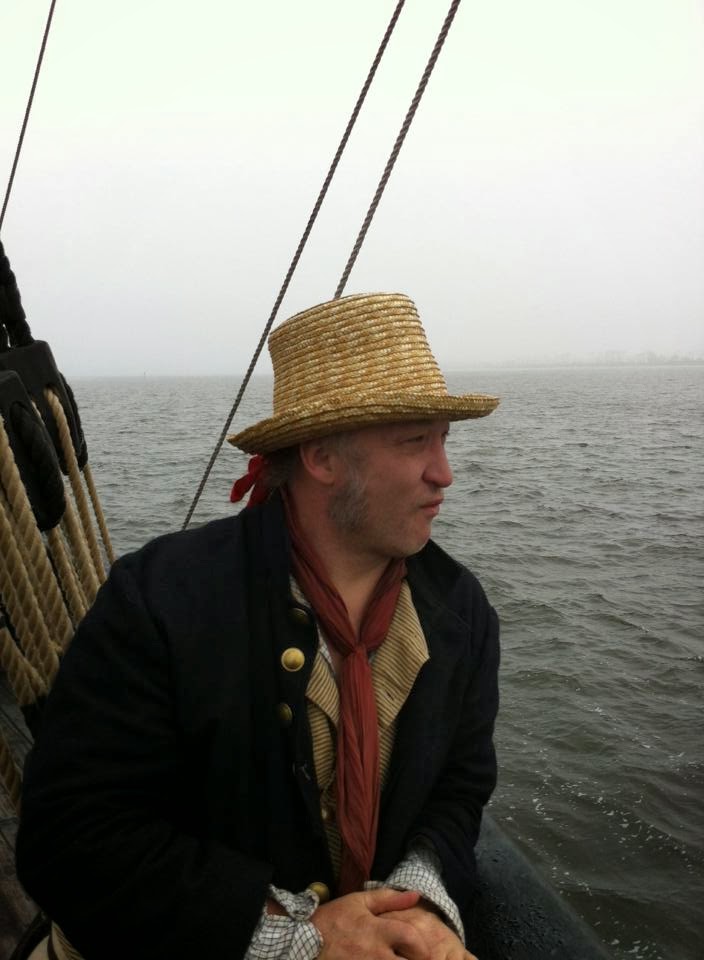 When time goes slow and my mind wanders about the ship in my hat rack looking for even the smallest of duties that could keep myself and my crew from the doldrums of chronic idleness, and then my thoughts turn to how cold it is at sea. While on ship cold infects you, it eats at you layer by layer till you feel it in your marrow. As I sit here writing the day down in my log book my mind goes back to home and life before my father left us at the carriage shop to go back to Deutschland.

When the weather looked fair for butchering, we would clean the smokehaus and sharpen knives and axes, clean the big kettles for larding. We also needed flat wagons for us all to work on and we had to make sure we had enough wood to see us from start to finish and still have enough for the smokehaus. Still salt and fresh water were to be fetched for the brine, and my mother would collect all the herbs she had dried just for this day, she was in charge of the sausage and would have made us what looked like a big meat chains, each link a serving for one of us.

All work would stop in the shop and before first light fires would be started and of course all the water would have frozen a bit over night and that need to be brought up to a rolling boil for scalding.

Sometimes there would be this layer of grey snow on the ground, the east end was good about turning everything pretty a filthy hoary color.

Mr. Driver who was as good of a man to have working for you, would have made a fine sailor, he was as good at making iron parts for a carriage as well as the finer work in wood. He had a way with all animals and was always sought to kill the hogs, he had fashioned in his forge what for lack of a better description was a boarding axe. With all the other things ready and in place for the day he would take to the larboard side of the hog and with one hard strike would hit between the ears with the spike end and the job was done. I of course tried to do it just like Mr. Driver years later but always seemed to make a mess of things till I one day happened to recall that he was left handed, because he would often complain about the flash when he fired his fowling piece. So when I switched sides I became quite proficient.

Email ThisBlogThis!Share to TwitterShare to FacebookShare to Pinterest
Labels: Apple