Crown Forces North America: Naval Establishment's 'Gunboat Weekend' event was held June 10-12th of this present year. A committee was formed to award honors to the various groups gathered at the event, and your Acastas brought home two of the honors bestowed on the groups in attendance. 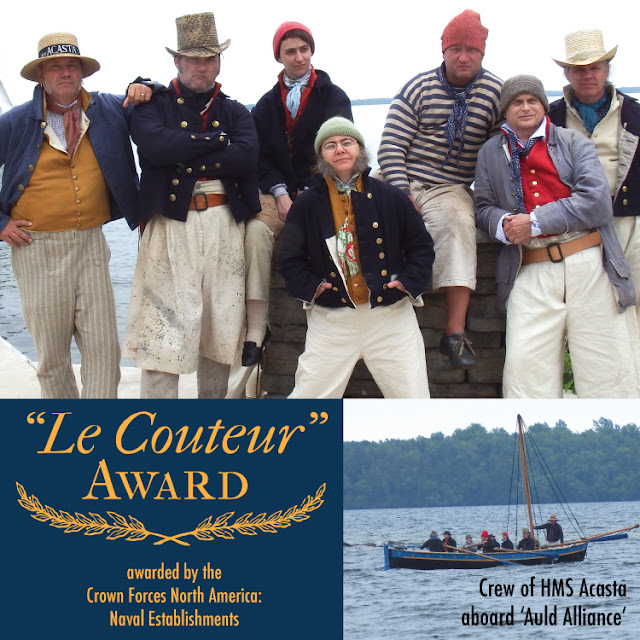 "Le Couteur" Award, for best naval impression in the race.

Awarded by the committee: Admiral Suthren (in the person of his man Bartholomew Handy), Commodore (dockyard) Gill Bibby, Commodore (fleet) Thomas Hurlbut and regional CO  Commander Mark Pergunas, all of the CFNANE made up the committee.

Le Couteur was a Lieutenant in the Army (104th Foot) who marched overland from New Brunswick in winter to Kingston and was greeted with the sight of the warships of the Lake Ontario Squadron (Royal George, Wolfe) on what he described as a beautiful inland sea. 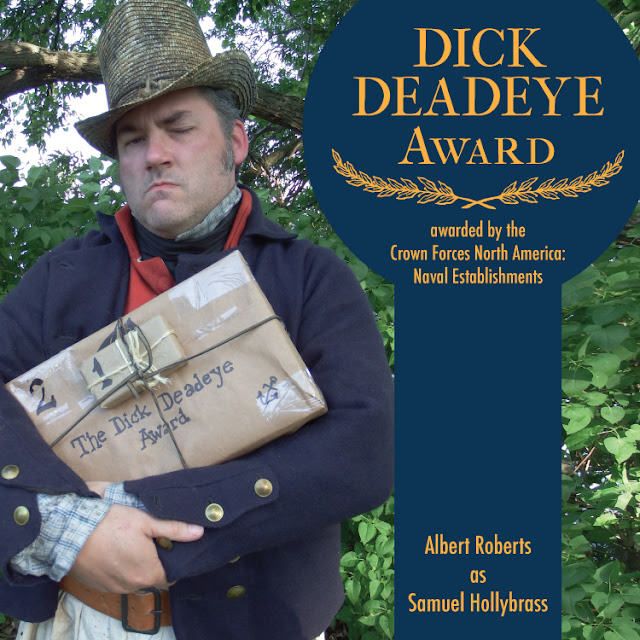 The members of the Acasta would like to thank the members of the CFNA:NE committee for seeing fit to recognize our efforts, and all the event coordinators for putting on such an excellent event!