A Look Back at Jane Austen part III 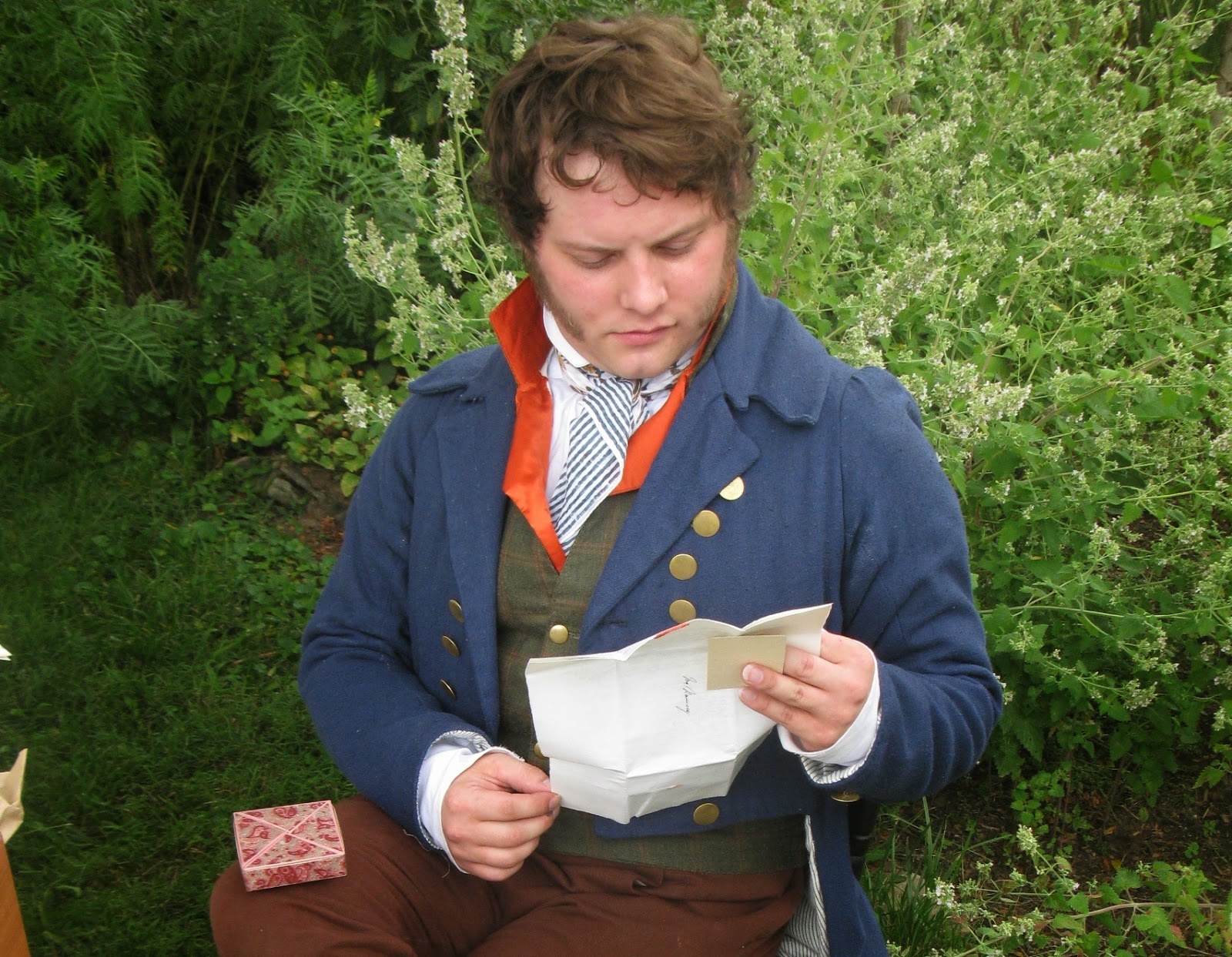 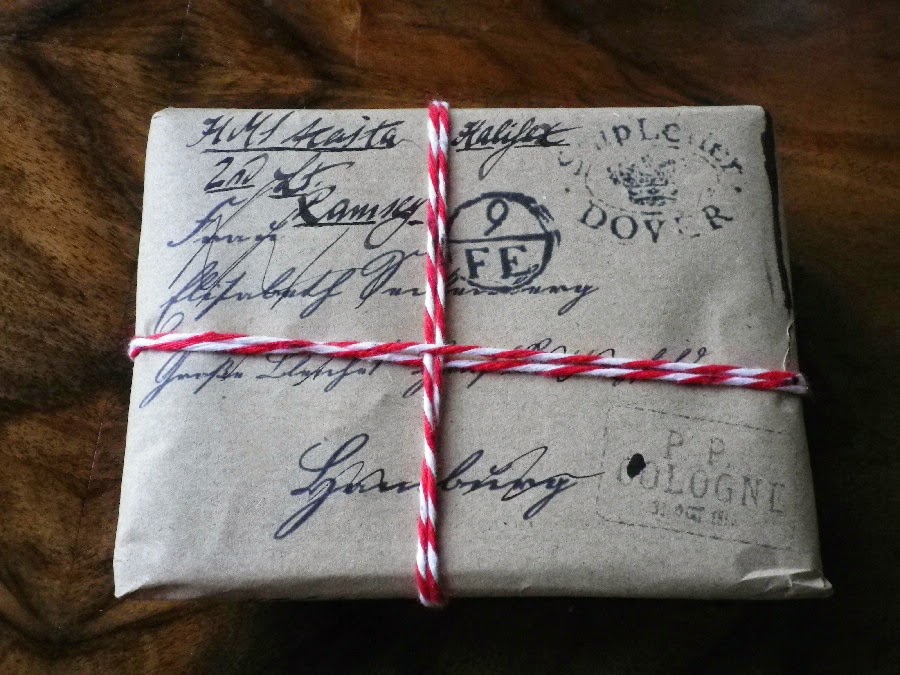 
waiting.waiting.waiting…
I dare say it is like a severe fever, that weakens our beloved German countrie, and lately it has befallen me. This fever has our countrie kneel weeping and mourning at the graves of hundereds and thousandes lost in battle, and it strangels my faint heart with the coldest hands. 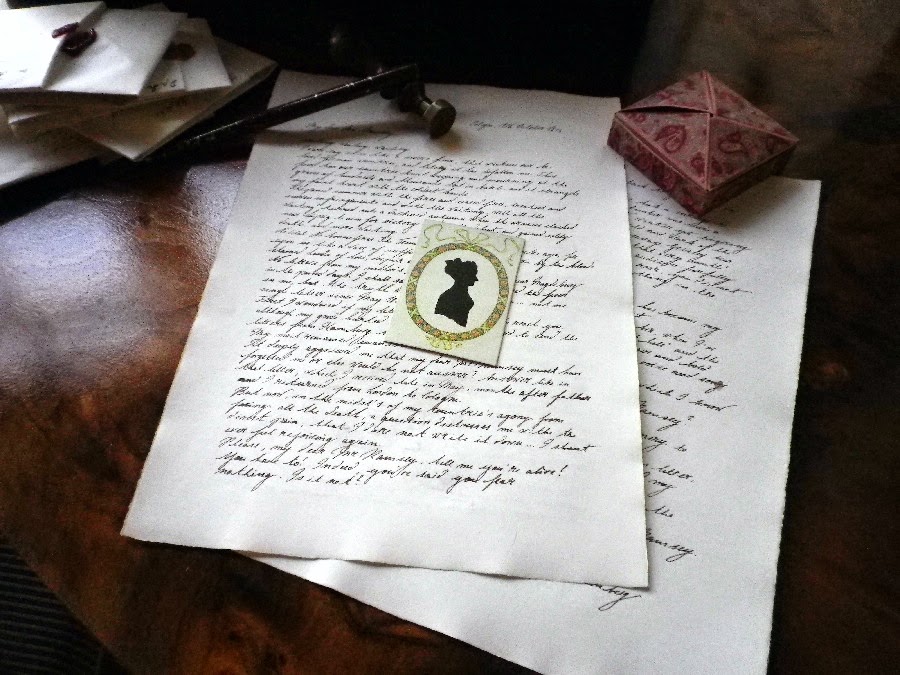 The passed summer with the fires and ceased fires, treaties and sudden infringements and with the waiting, with all that waiting! turned into a darkened autumn when the armies clashed near Leipzig to aim for victory or defeat and gained solely death…and more waiting.

No éclat. No bonnefires. The French defeat, barely two weeks ago, fell upon us like a wave of suffer with letters written by the blood-stained hands of loss, despair and agony.

No letters from my mother’s brother and his family near Magdeburg in the passed days.

I shall say, that is what caused the fever in me and benumbed me, but the truth is: no letter from you…not one single letter since May 1812.

First I wondered if my letters would have failed to reach you, although my goode-hearted Aunt Seckenberg obliged to send the letters from Hamburg to London.

It deeply aggrieved me that my dear Mr. Ramsey must have forgetted me or else would he not answer? Answer like in that letter, which I received late in May, months after father and I returned from London to Cologne.

But now, in the midst’s of my countrie’s agony from facing all the death, a question distresses me with the direst pain, that I dare not write it down...I shant ever feel rejoicing again.

Please, my dear Mr Ramsey, tell me you’re alive! You have to! Indeed, you’ve said you fear nothing. Is it not? 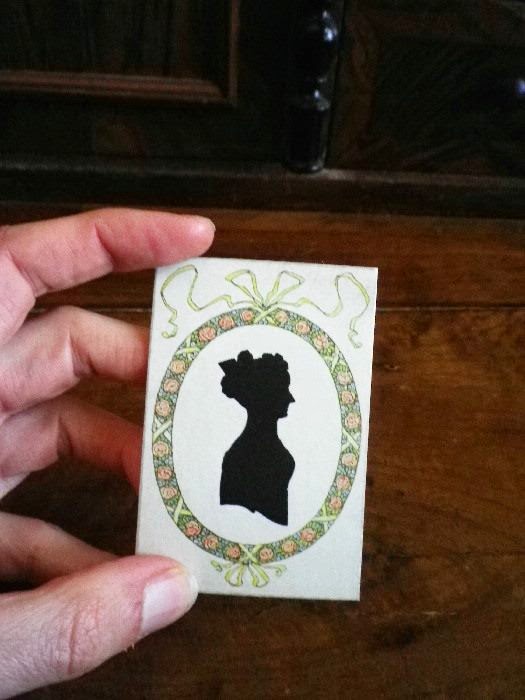 My dear Mr. Ramsey, I beg you kindly, do not scold me for telling you, that your letter is the last I cast my eyes upon before I blew out the candles at night. I’ve read it over and over again, since you’ve sent it, recalling the most fond memories of my life.

The September of 1811 is still vivid in my heart, as I thought it would be in your heart!
My dear father and I stayed at Aunt Seckenberg’s house south of Audeley Street, before she moved back to Hamburg in March 1812.

I shall ever remember my first assemblée at Mr Heathcote’s house at Portman Square.

I shall remember the golden lustre of illumination, the chatter, the music, and the enchanting and utmost pleasing atmosphere.

Your stately appearance in the uniform (which my Aunt Seckenberg described ‘utterly handsome’), your witty remarks and your endearing kindness toward my Aunt and me.

My heart felt faint when Mrs Heathcote asked me to perform a German traditional, but your acclaim after my tune was singed did allay my fears and doubts. Bless you, Mr Ramsey!

And my heart danced from faint to fortune, when you kindly invited my father, dear aunt and me to the opera on the following Friday.

I shant never forget that night at Covent Garden at Sheridan’s play ‘The Duenna’. Mr Sinclair’s performance of Carlos. He did it with such exceedingly fervour, that it bringed tears to my eyes. It was the most beautiful play I have ever seen, and never before I have heard such abundant acclaim.
I could not sleep that night!

My heart was full of song and cheer…and you have left us that night with the promise to show us the Tower of London with it’s beasts on Sunday, before duty would called you back to your ship in Portsmouth.

Chaperoned by Aunt Seckenberg we took a carriage to the Tower of London. The 22nd of September was such a bright day, with blu skies. No winter yet lingering in the air.

I however recall the cold and dark of the Tower. And the fierce beasts! The savage Grizley bear, which was brought from America that very month!

My brave Mr. Ramsey! While the audience fearfully flinched at that Grizley’s gasthly roar, you did not move an inch. You do not fear anything in the world, Mr Ramsey!

And while waiting, that certainity has become my humble prayer and it consoles my heart.

On the long-passed assemblée in September, when I’ve performed Arnim’s ‘Der Himmel ist oft hell’ and the applause has ceased, it was that brave and bold Mr Ramsey, who said to me, that my voice and song was the sweetest thing ever. ‘The sweetest thing’, I did replied, ‘of which I know, are Hagedorn’s Himbeer Bonbons’

Do you remember your answer, my dear Mr Ramsey?

This morning I went to Hagedorn’s Confectionery to chuse a box of said raspberry bonbons.

I cannot enclose a song, nor my voice in this letter, nor the sweetness, which hasn’t ever touched my lips - I shall send you bonbons instead, singing my song…and the plea to take the wave of suffer from me:

End my waiting…please, do write, Mr Ramsey. Do write!

Special thanks to Acasta reader Sabine Schierhoff for this AMAZING little package for 2nd Lt M. Ramsey! It was such a joy to watch it come together over the last few months and it was a HUGE hit at the festival.