For Stroke of the Sun 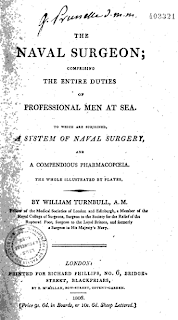 COUP DE SOLEIL, OR STROKE OF THE SUN.

This is a species of apoplexy arising from long exposure to a hot sun, which produces a particular fulness in the head, as if it were ready to burst. There is at the same time a very disagreeable beating in the temples, and a shortness of breathing, or panting. When, by the effect of these symptoms, the person falls down as if insensible, active means of relief must be immediately had recourse to. The patient must be carried to a cool situation; his head and breast must be raised fiom the ground; and a current of of air be produced by fanning him. Plenty of cold water must be dashed over his body; and this fluid may be rendered still cooler by mixing it with vinegar, or dissolving in it a portion of sal ammoniac or common salt. If in a convenient situation, the body may be placed up to the breast in warm water; at the same time that cloths, dipt in very cold water, are applied to the head and neck, and renewed before they have acquired any warmth. A clyster may be also given, composed of a quart of cold water, in which, if the patient be costive, two ounces of Epsom salt may be dissolved just before it is administered, water being chiefly rendered cooler by the addition of salts during the time of their solution. By these means, the patient will be recovered from the immediate danger of this attack. But if a second attack of the same kind should occur, the evil is then more serious; and it requires a voyage to a cold climate, before the patient perfectly recovers his former state of health.


Taken from: The Naval Surgeon Comprising the Entire Duties of Professional Men at Sea
By William Turnbull
1806