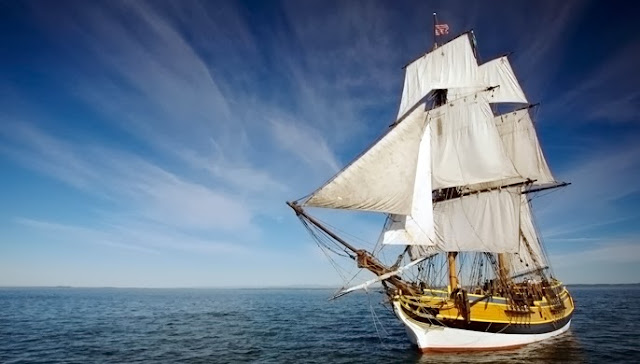 Learning about the Age of Sail certainly doesn't end with events on land. Volunteers from around the world have devoted countless hours to the meticulous restoration, upkeep, and even reconstruction of real life tall ships under sail from 1812 and beyond for all to see, tour, and even sail aboard!

Launched on March 7, 1989, the Lady Washington was built in Aberdeen, Wash., by Grays Harbor Historical Seaport Authority, a 501(c)(3) not-for-profit public development authority. The new Lady Washington is a full-scale reproduction of the original Lady Washington.

In 1787, after the war, she was given a major refit to prepare her for a unprecedented trading voyage around Cape Horn. In 1788, she became the first American vessel to make landfall on the west coast of North America.

A pioneer in Pan-Pacific trade, she was the first American ship to visit Honolulu, Hong Kong and Japan. Lady Washington opened the black pearl and sandalwood trade between Hawaii and Asia when King Kamehameha became a partner in the ship.