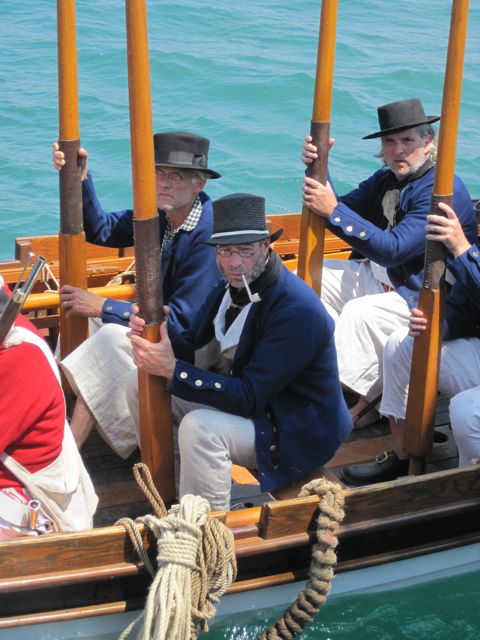 The Doctor was lowered into the boat alongside Acasta, his chests and baggage already having been placed near the stern. Shortly thereafter, the order was given and the sailors let the oars splash down into the water. These men were from another ship and the Doctor realized quickly that he did not feel the same sort of warmth and comradery with them as he normally did with the Acastas. They were a mean looking lot.

As the little boat pulled away, the Doctor could see Captain Freymann busy on the quarterdeck with the signal midshipman, while he could not hear them, it was clear, even from this distance that the Captain was issuing orders. Officers and men lined up in little clusters along the Starboard rail to watch as their surgeon departed. A few minutes later, the midshipman had the flags in order and they were hoisted skyward. As the flags took their message aloft in the breeze, the men along the rail gave a great cheer, raising their hats and waving farewell.

The Doctor, flush with unexpected emotion, squinted as he looked the flags over, then turning to the man at the tiller he asked, "Do you happen to know what those flags say sir?"

Where is the Doctor going you ask? Better review his papers on the subject.
Enter'd into the log by HMSAcasta.com