The Admiralty commands and requires the ACASTA to send a party ashore that can covertly surveil the American forces at Mississinewa.

Once arrived, the landing party should take up such a position or positions as to be able to view the American camp to their best advantage and make note of which companies are there encamped and a tally of fighting men in each company. Additionally an accurate map of the encampment should be produced for use of the Admiralty. The map should show relative size, number of tents or other significant structures with special emphasis on the dwellings of the commanders of the various companies

On behalf of His Most Britannic Majesty and the Admiralty,

After the men had their liberty on Friday evening I was hard pressed to rouse them all back to camp at the agreed upon time Saturday morning. I looked all over the camp and Lundy and Vassermann were no where to be found, even Mr. Raley was tardy to morning colors. I ended up giving the orders to young Mr. Midshipman Calhoun to read (after we had tended to his breakfast in the mess of course, and don't you know I looked after him like you told me). We also fetched one of HMS Nancy's boys, I reckon him to be about thirteen, Mr. Swanson by name. 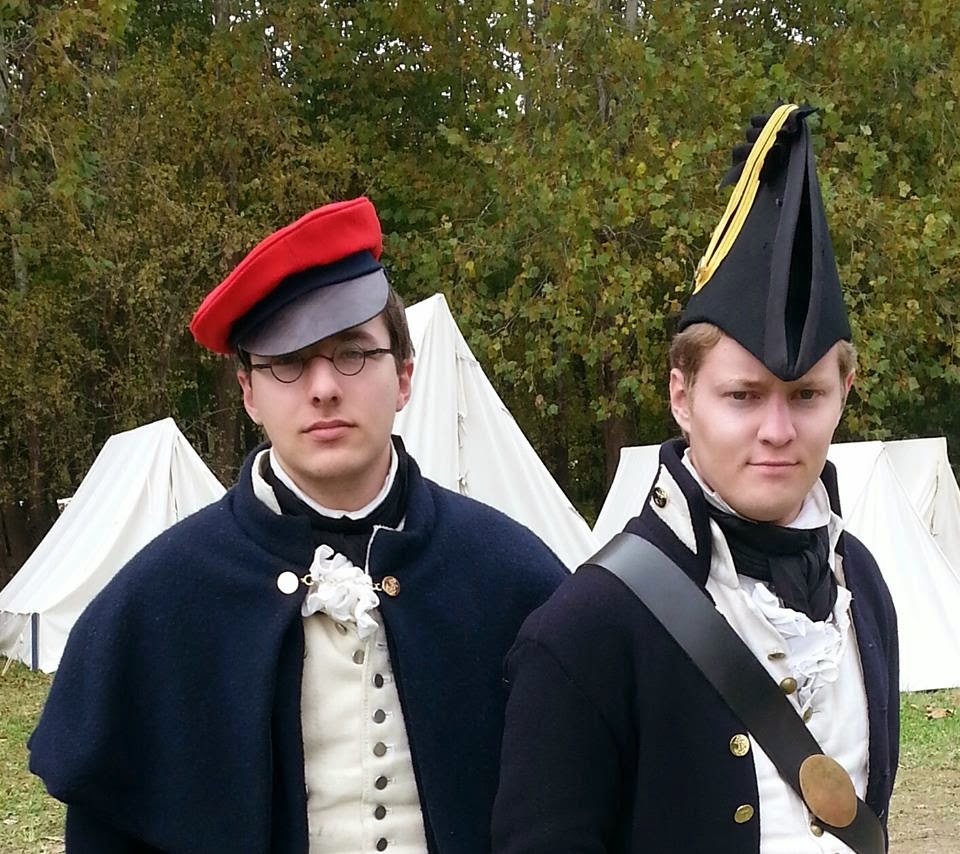 Young Mr. Calhoun was half way through sounding out some of the larger words in the orders when Mr. Raley arrived to take over things. Mr. Raley had a young, well dressed gentleman friend with him that stayed by his side and under foot. He wore a military uniform I couldn't put a finger on. Didn't nobody ask it, but my opinion of it is that Mr. Raley's friend didn't have no business there, but I ain't gonna question no officer in the execution of his duty.

The five of us, we set out to go and have a look at the American camp like the orders said and ended up down by the river where we could get down and espy the camp with our glasses and not be seen. I only had to remind Mr. Calhoun and Swanson a few times to keep their heads down. Mr. Raley on the other hand wouldn't hardly get down in order to keep his new trousers from getting dirty, and his friend stood in full view and smoked his pipe. 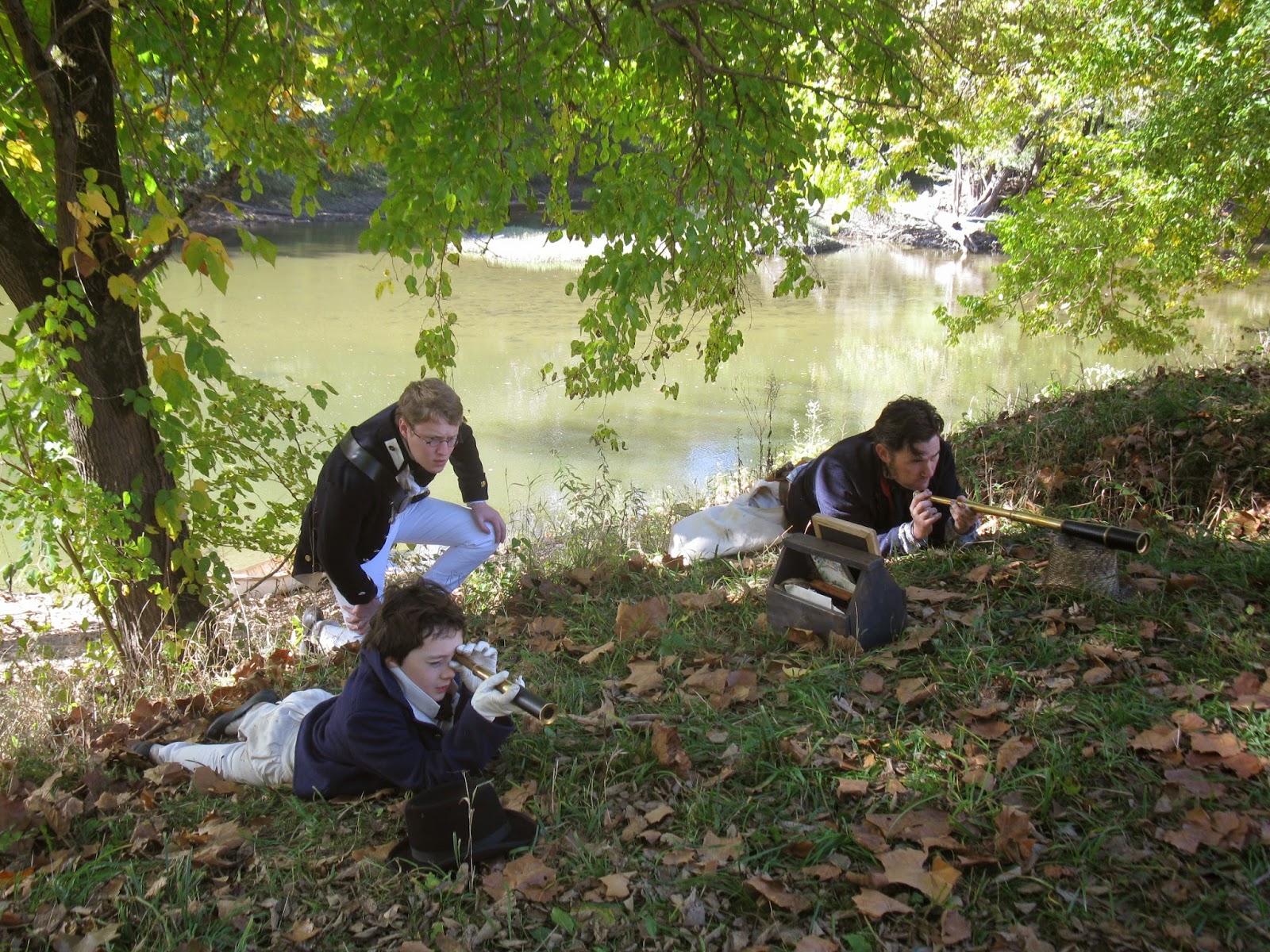 We were able to get a good look at a company of green frocked riflemen practicing a drill right in plain view. We counted their number and made a record of it on one of the slates I brought along. Their commander seemed to be making use of a whistle that could be heard a great way off, much in the same way we use the bosun's pipe aboard ship. 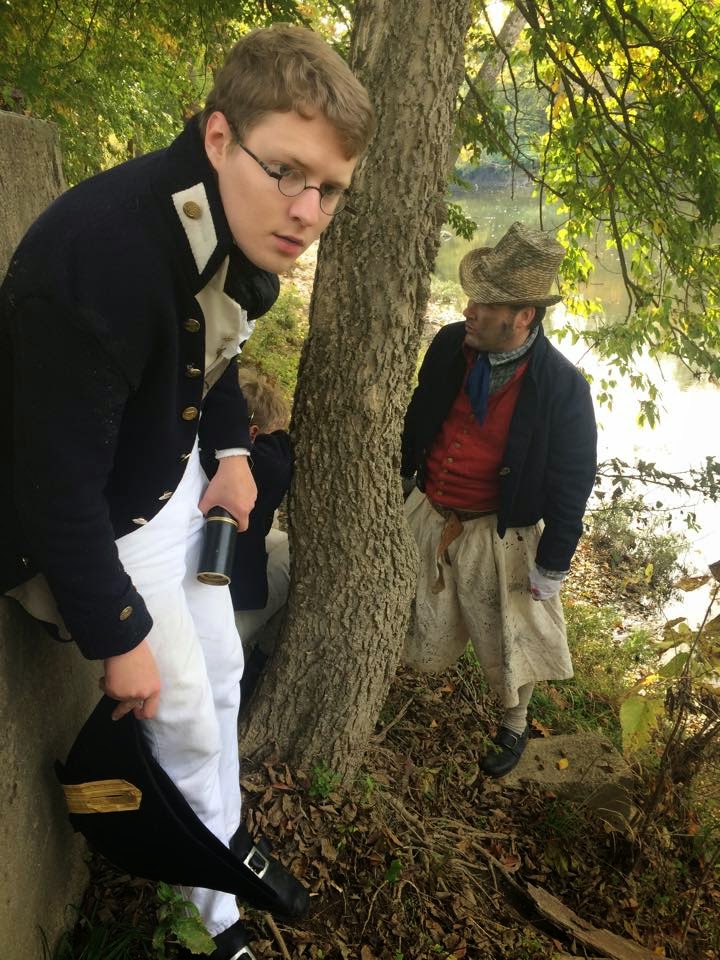 Mr. Raley and his friend moved to a different position so as to get a look into the camp from another angle but they was run off by an elderly American engineer set up nearby. I hate to confess, but it ain't no tattle sir when I says that Mr. Raley wasn't near as careful as I think he might have been.

Then we moved over to the indian encampment that was located near enough to see the Americans. There were several of their lot that were sympatetic to the Crown, it was decided that when the Americans marched toward the battlefield nearby that they would have to pass right through this particular area and we picked out one of their larger wig-wams to hide out in. After a few minutes of waiting, Mr. Raley announced that I was in charge and that I should carry on in his absence and he and his gentleman friend returned to the British camp.

After some thinking on my part, I figured that we could get a better look at the passing American forces from within the great tent set up near their camp was we to sneak into it. I gathered the boys up and we ran over and made our way inside. It was empty, and the far back end of it was within ten feet of the road leading in and out of the camp. We heard them start sounding the drums and I positioned Mr. Calhoun and Mr. Swanson at one end of the tent where they could peek out a small opening in the canvas and myself at the other end. I told them boys to count the soldiers as they passed and I'd do the same and we could compare our sums afterword.

The Americans marched past and not a one thought to look in the direction of the tent.

My list was a bit more detailed on the first go:
5 guns
22 men in the gun crews
6 officers
81 soldiers of various companies
6 natives

The boys and I headed back to camp in time to see the British forces rout the Americans. It was then that we found Mr. Vassermann, and Mr. Raley rejoined us without his friend. We all took a quick meal and returned to count the Americans again, the rumor being that they would regroup and try to gain the field once more. Mr. Raley and Vasserman went into the woods on one side of the path and I took Mr. Calhoun and Swanson over to the other side and hid from view behind some trees.

Vassermann came up with 127 men

After the Americans passed, we took up my measuring cord and hurried to measure the outside boundries of their camp so as to be able to make a more accurate map likes the orders says to do. Mr. Calhoun and Swanson did most of the leg work on that after I shows them how to run out the line, and I followed to keep the tally of the distance measured off. Between the lot of us, we managed to measure four of the five sides of the American camp. Mr. Calhoun and Swanson were eager to go up into the camp itself and brave hell and death to get the final measurement, but I wouldn't let them seeing how you put me in charge of young Calhoun's safe keeping (although, by God I think they could have done it had I let 'em!). 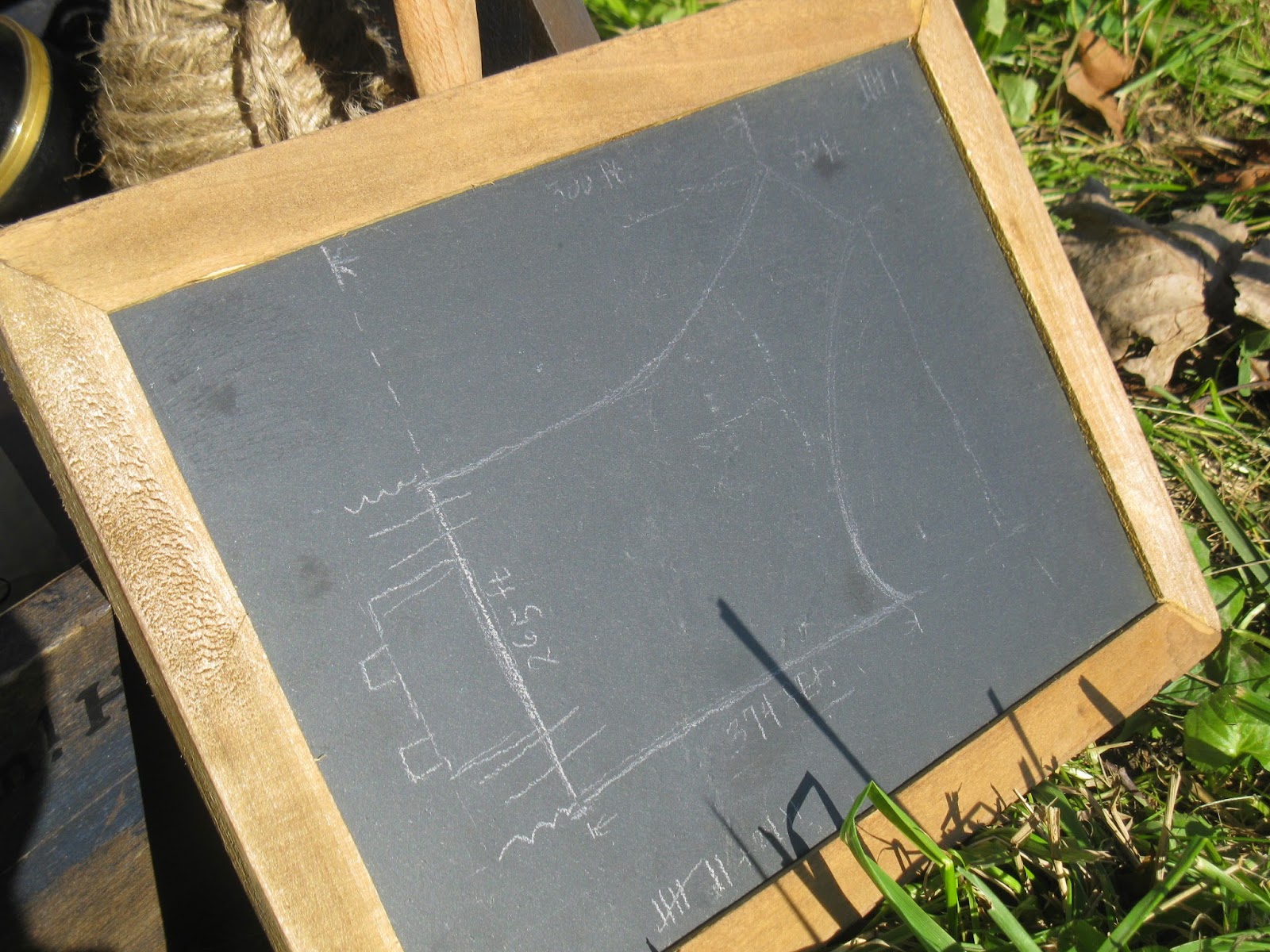 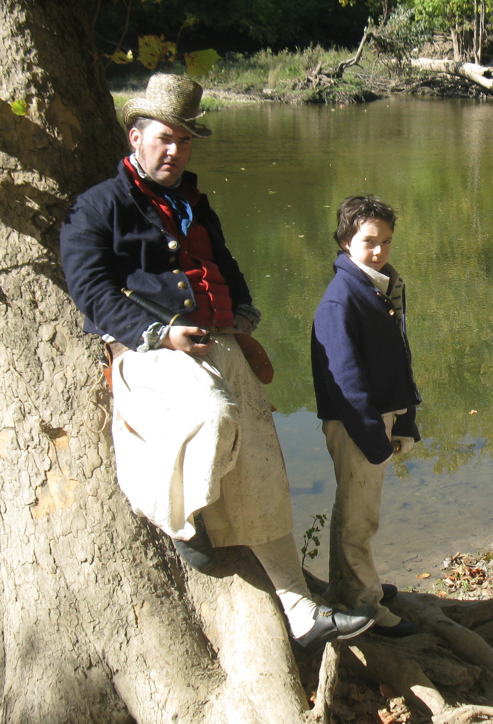 We returned to camp and discovered Mr. Lundy with Mr. Dubbeld and his gun crew. Our mission wasn't what you might call a success, being that some of the objectives didn't get accomplished, we didn't get no count on tents and didn't get no company names, I'm afrear'd to report that it was a lack of leadership that kept the mission from getting accomplished proper.

Not that I'd presume to tell you your business Sir, but my recommendation is that Mr. Calhoun get an extra ration of grog for his eagerness to do his duty and Mr. Swanson have a letter sent to his Commanding Officer commending him for his fine service.

And you know I don't like to write no unfavourable reports on no fellow Tar, but I'd recommend that Mr. Raley get a stern talking to about the nature of a young officer's duty, and while Mr. Vassermann and Mr. Lundy's absence might be considered something to fall under Article 26, being valuable sailors that they are, perhaps a few lashes might set them straight again.