A Fashion Show at Malmaison The Undressed Lady recently performed in front of an audience of 800 in the Theatre Malraux in Rueil de Malmaison, France in the ‘Joséphine Impératrice de la mode’ fashion show. The performance was part of the Imperial Jubilee held to commemorate the 200th anniversary of the death of Josephine. 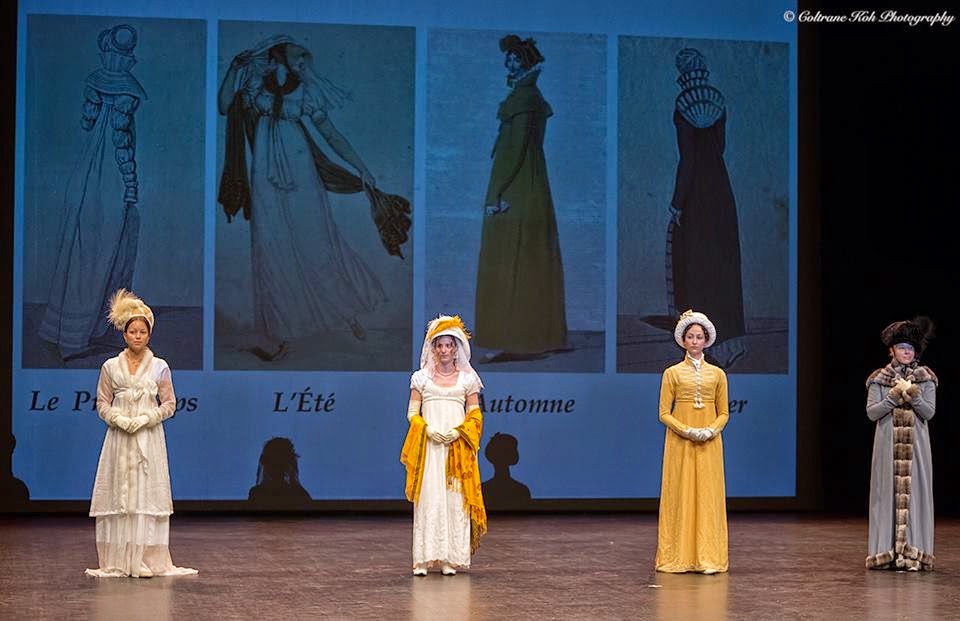 The four seasons of fashion, Spring, Summer, Autumn and Winter as depicted through original French fashion plates. The fashion plates from the 1800’s came to life on stage in front of the projection, Mrs. Roberts as ‘Autumn’. 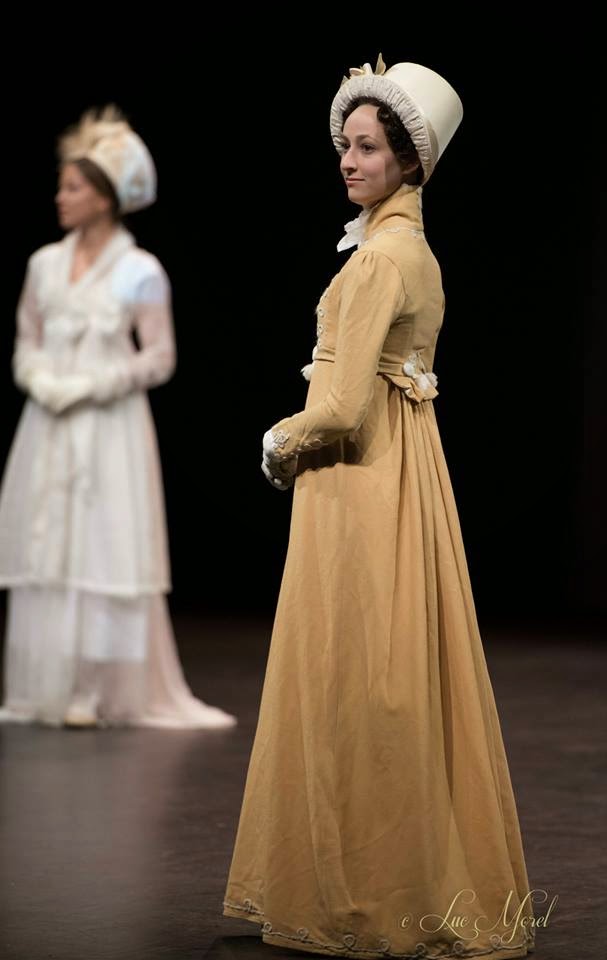 Each of the 'seasons' was given an opportunity to step to center stage and showcase their clothing accompanied by a narrator and live 4 piece string group. 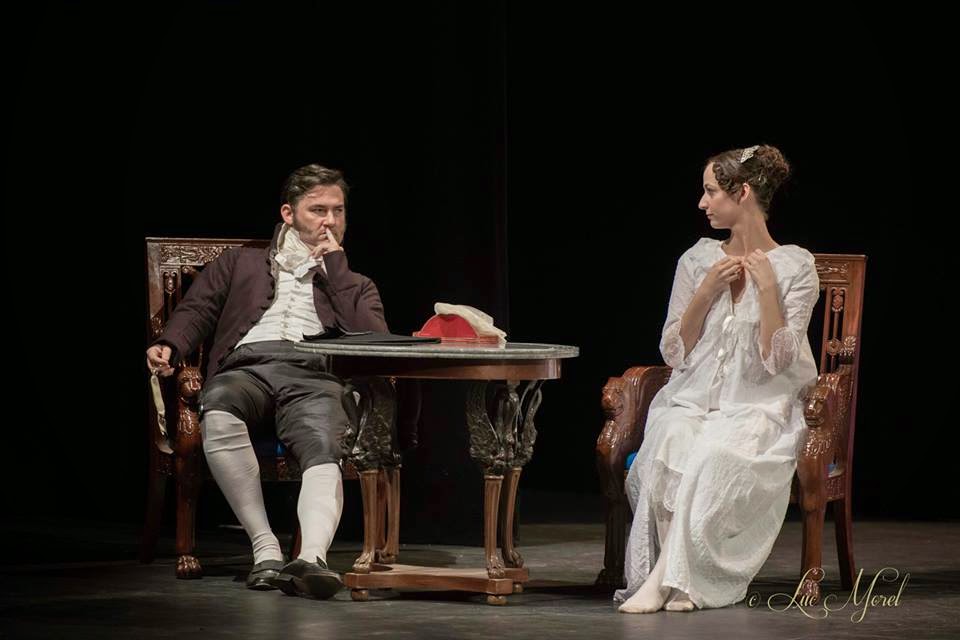 Later in the program, the Undressed Lady took on the character of the 'Duchess', starting the scene in her undergarments. Her husband looks on portraying her grumpy benefactor. 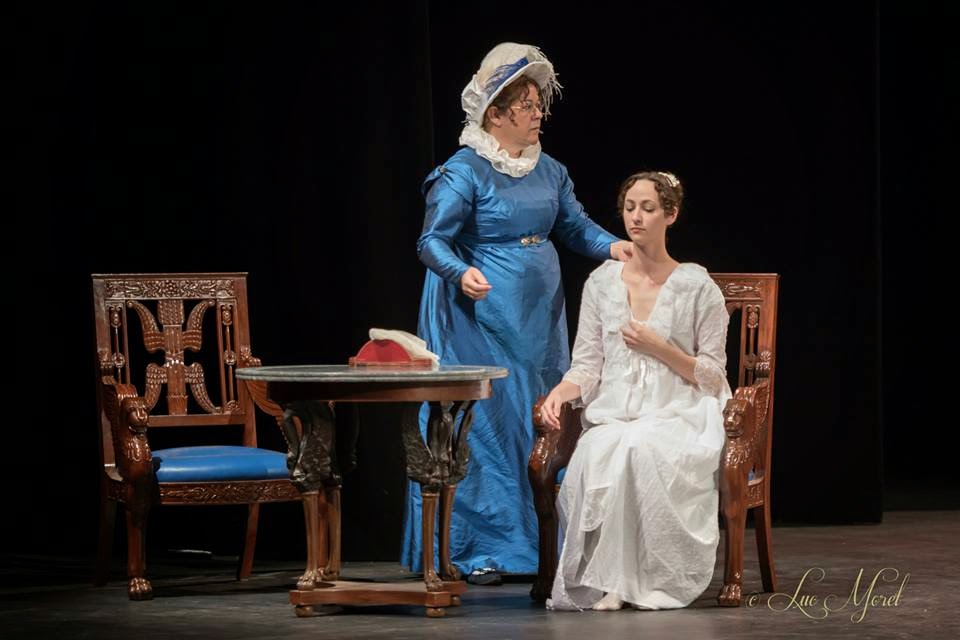 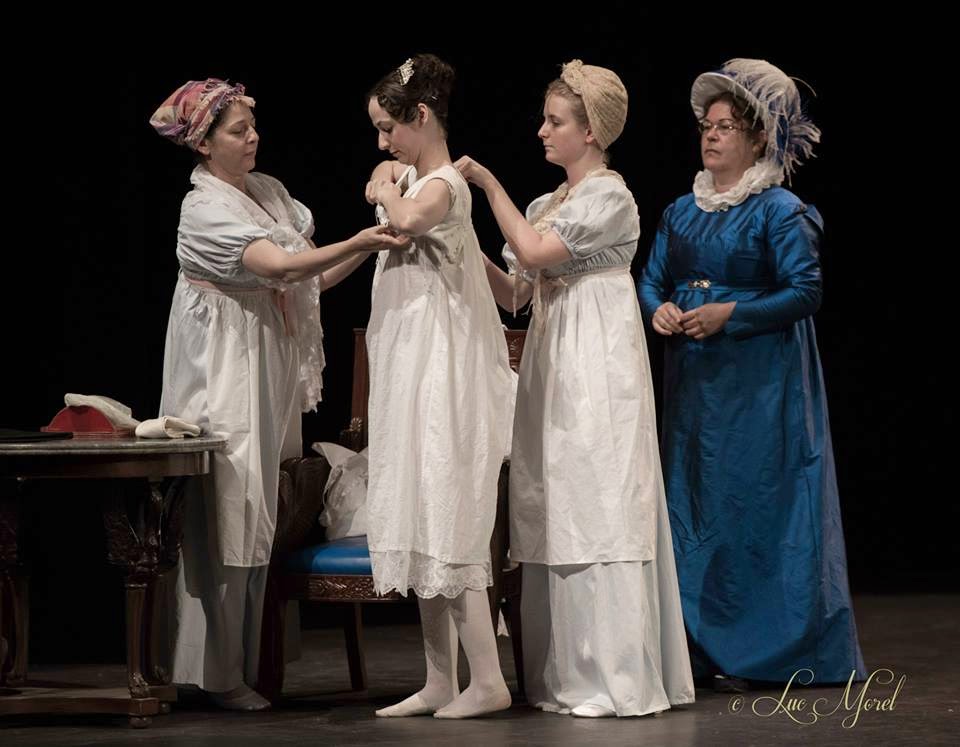 The servants make haste to dress the ‘Duchess’ in an elegant court gown made specifically for her beforehand. Hers was the longest and most complicated portion of the performance, requiring two women to dress her and one to do her jewelery for the big finale. 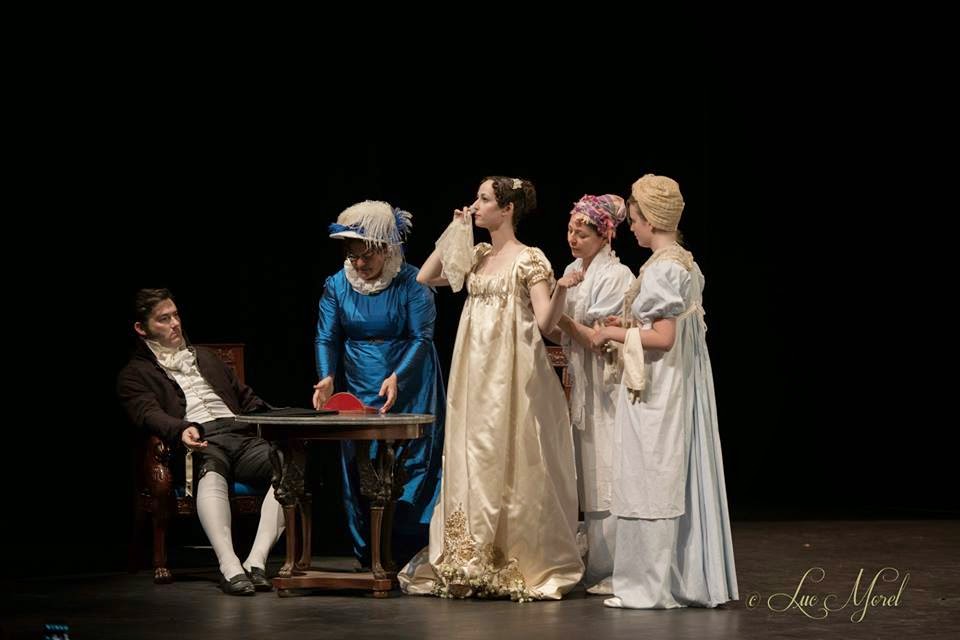 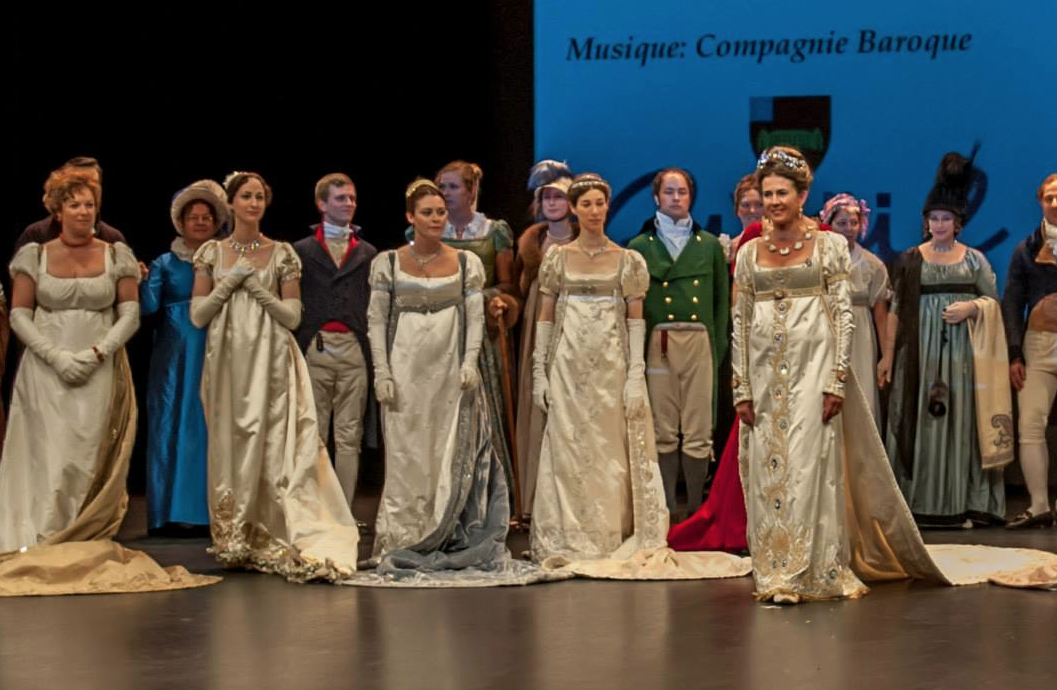 The grande finale, Josephine comes out on stage flanked by the ladies of her court in their heavy, ornate gowns. 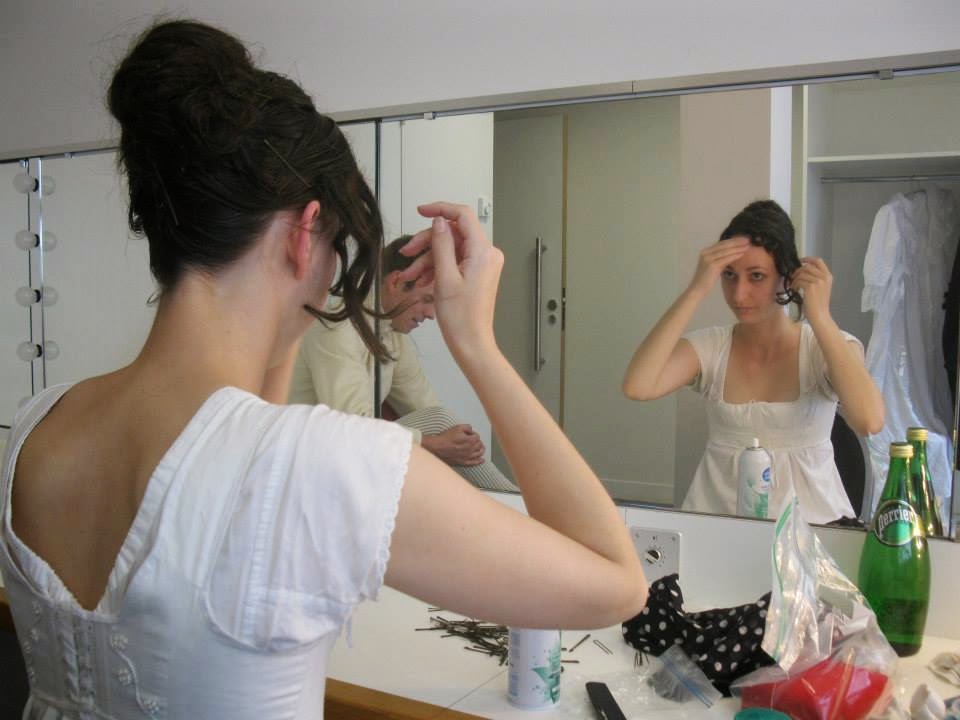 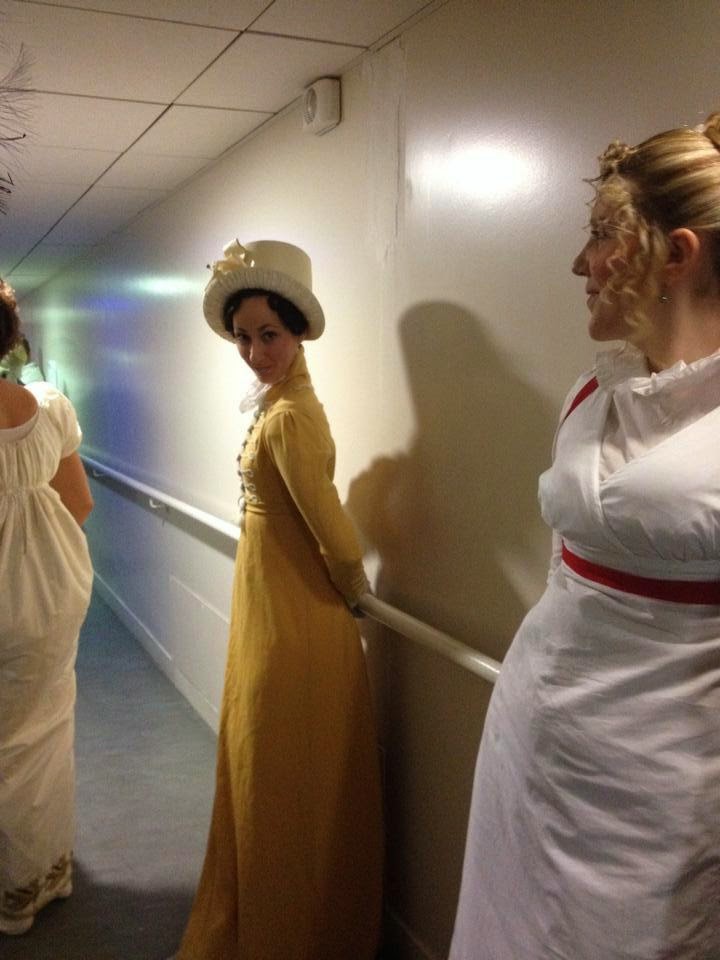 An extra sneak peak behind the scenes and backstage.


Special thanks to the following photographers who captured the above images: