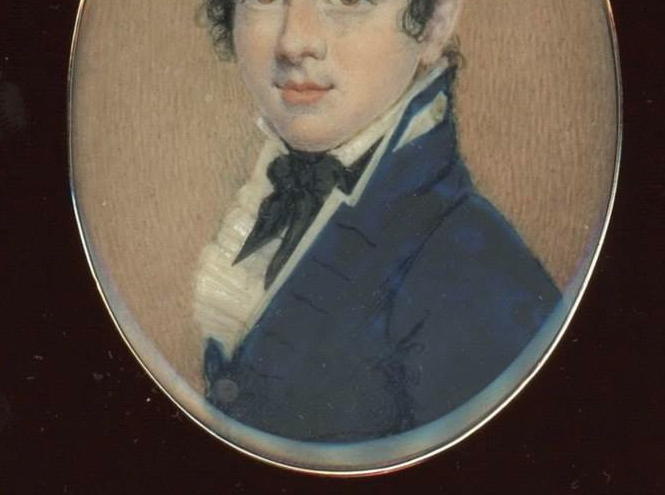 This officer entered the Navy, 13 Aug. 1795, as Third-cl. Vol., on board the Bristol, Lieut.-Commander Hutchison, lying at Chatham; and, from July, 1796, until Jan. 1798, was borne at Sheerness on the books of the Grana, Lieut.-Commander Dixon. Re-embarking, in Aug. 1799, on board the Pearl 32, Capt. Sam. Jas. Ballard, he proceeded to the Mediterranean, where, during a continuance of two years, he participated as Midshipman in various cutting-out affairs in the vicinity of Toulon, and attended the expedition of 1801 to Egypt. Between Feb. 1802 and March, 1805, he served on the Home station in the Acasta 40, Capts. Edw. Fellowes and Jas. Athol Wood, Revolutionnaire frigate, Capt. Walter Lock, and Queen 98, Capts. Thos. Jones and Manley Dixon. He then became Master's Mate of the Minotaur 74, Capt. Chas. John Moore Mansfield, and, after sharing in the glories of Trafalgar, was promoted to the rank of Lieutenant 22 Jan. 1806.