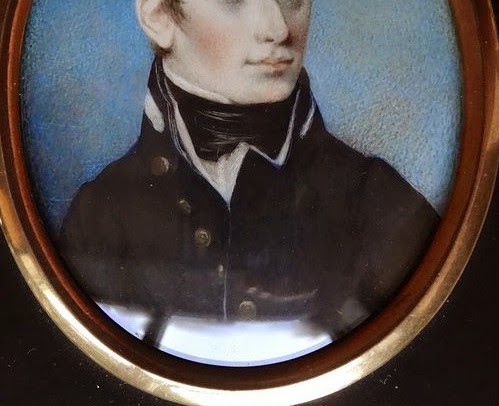 James Hay is son of the late Jas. Hay, Esq., of Belton; great-grandson of John, first Marquess of Tweeddale ; and a distant relative of the present Lord John Hay, Capt. ILN.

This officer entered the Navy, 13 Oct. 1799, as Fst.-cl. Vol., on board the Anson 44, Capt. Philip Chas. Durham, on the Home station, where, until Nov. 1804, he further served with the same Captain, as Midshipman, in the Endymion 40, and with Capts. Jas. Athol Wood and Jas. Oswald in the Acasta 40. He then rejoined Capt. Durham in the Defiance 74, and on 1 March, 1806, after having participated in that ship in Sir Robt. Calder's action, and in the battle of Trafalgar, was promoted to a Lieutenancy in the Electra 18, Capt. Geo. Barne Trollope, on the Leith station. Being next appointed, 11 May, 1807, to the Amaranthe 18, Capt. Edw. Pelham Brenton, he proceeded to the West Indies, where, on 13 Dec. 1808, he took command of the boats of a small squadron, and much distinguished himself by the gallant manner in which, although under a heavy fire'from the enemy's batteries and troops on the beach, he boarded and carried the French 18-gun brig Le Cigne, lyiftg aground to the northward of St. Pierre's, Martinique. On the subjugation of the latter island, during the operations connected with which he acted as Commander of the Amaranthe, in consequence of Capt. Brenton's absence on shore, Mr. Hay became Signal-Lieutenant to the present Sir Geo. Cockburn in the Belleisle 74, and immediately returned to England.