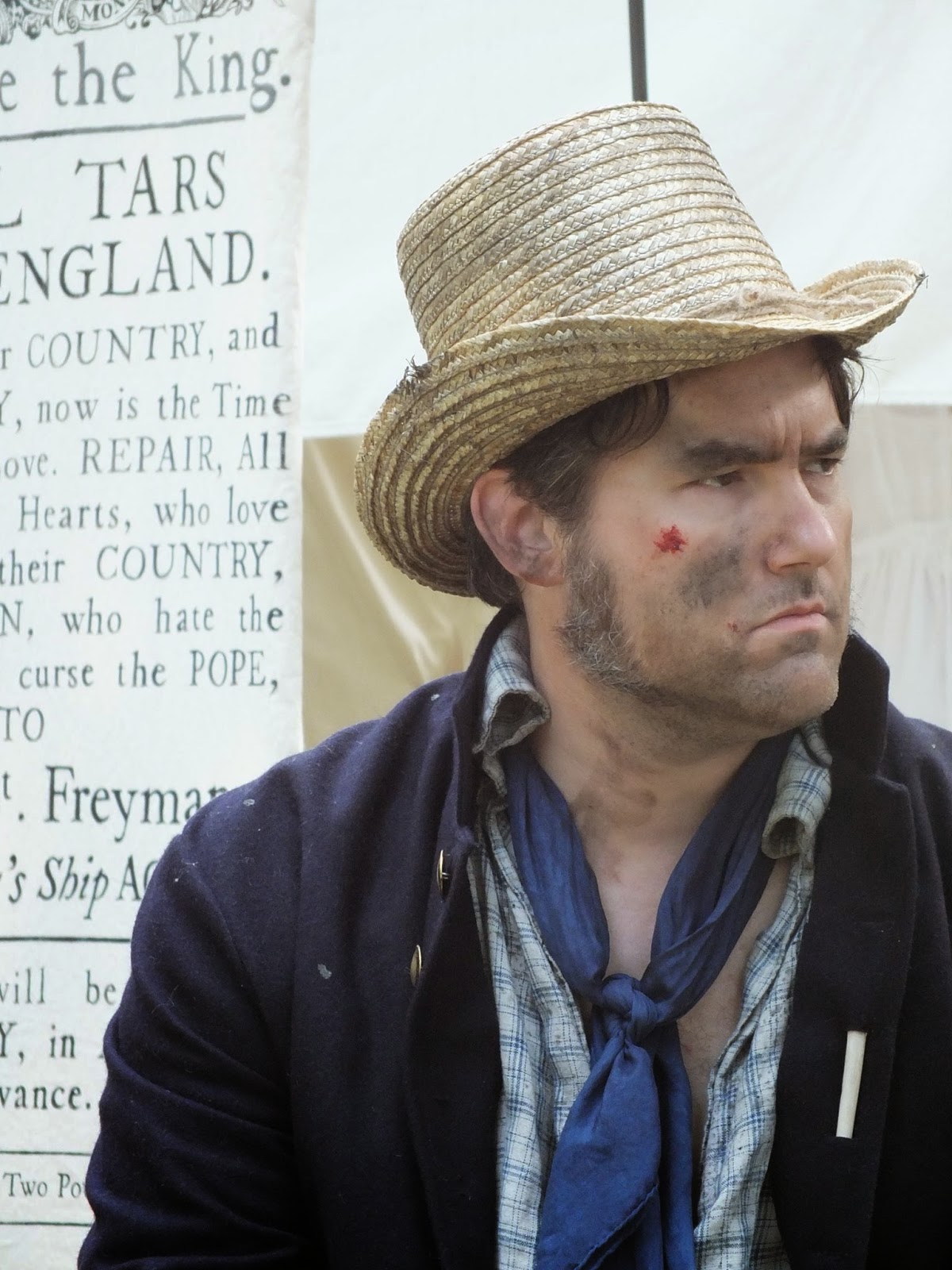 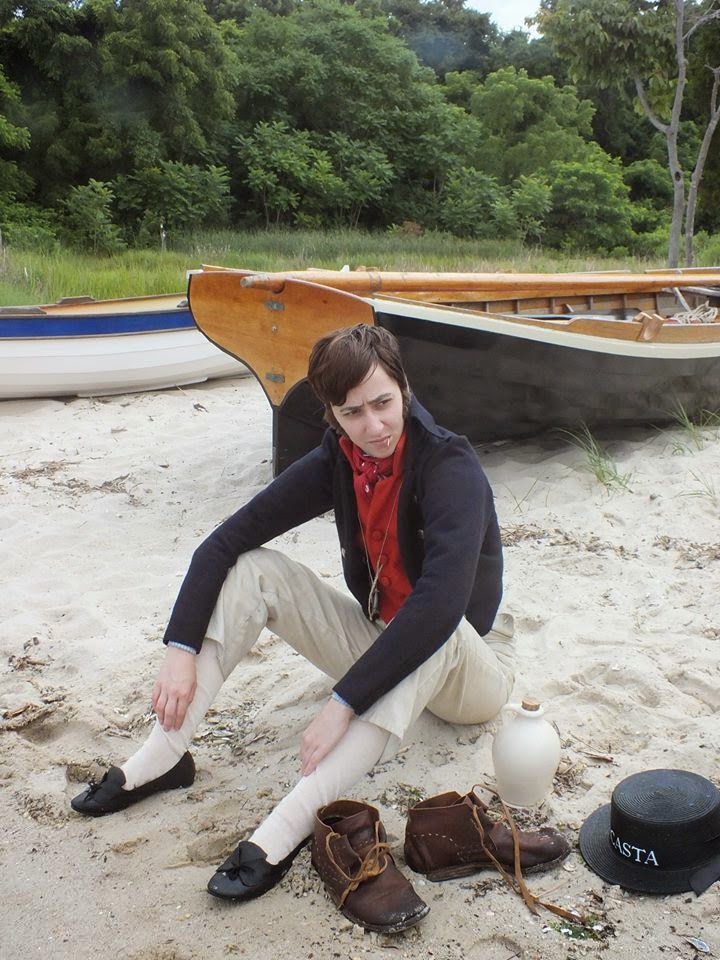 Samuel Hollybrass was typical of so many tars I served with- a capable hand, generous to a fault, fearless in a scrape and broke and busted within a forenight when ashore.  His particular friend was James Vaserman- the Surgeon's man who was mute. An odd pair they made. Vasserman was as close to a dandy as a sea going man could be. Tar just would not stick to him. Hollybrass could get filthy just watching another bloke work. They both had their hair cut short in the modern fashion. We all thought Vasserman figured it appealed better to the ladies.

Hollybrass told us that his que once caught on a broke rail as he jumped from a ship afire and almost snatched his head off. He had to cut it off hisself as he hung there. He said he would never let that happen again. Which when they was together ashore there was Vasserman looking like a Banker's son and Hollybrass looking like a chimney sweep fallen on hard times. Some said Vasserman probably thought he looked that much more dapper by comparison.

- James Cullen, Remembrances of Eight years before the Mast, 1834.