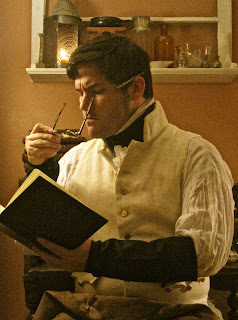 ...It consists of small red spots, somewhat resembling fleabites, and chiefly spread over those parts of the body which are covered with clothes, particularly the inside of the arms, thighs, breast, and forehead. This eruption is attended with a very troublesome itching, which is increased by warm liquids, or warm clothing. The spots are also rendered more numerous by the same means. This affection, though inconvenient, is considered as a mark of high health; and, in consequence of this idea, many persons suffer great anxiety, either on its disappearance, or because they have not so extensive an eruption of it as others. Hence an improper mode of treatment is often adopted by the patients themselves, who indulge in warm diluent liquors, which increase the eruption, and render the itching still more uncomfortable. The duration of this eruption, when left to itself, is very uncertain; at times it disappears entirely in a few minutes, and re-appears almost immediately after. The disease gradually ceases in proportion as the person becomes accustomed to the climate. With respect; to the treatment, all the precaution that is necessary is to keep moderately cool, to avoid drinking warm liquors when the itching is severe, and to take occasionally a gentle dose of salts.

Taken from: The Naval Surgeon Comprising the Entire Duties of Professional Men at Sea
By William Turnbull
1806