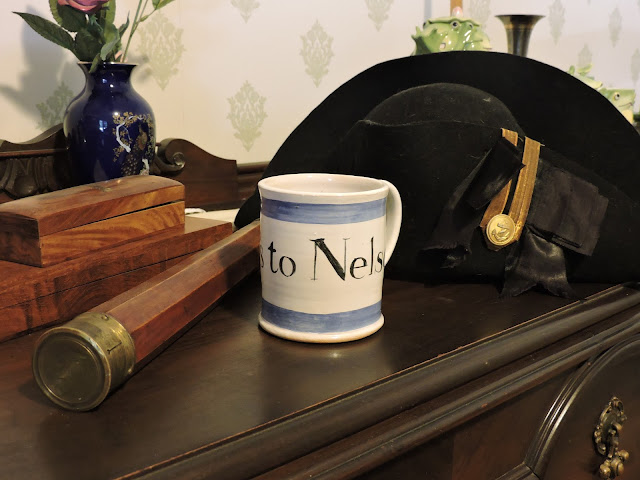 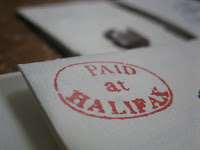 While briefly at home here in Halifax, my ship receiving a much needed "small repair", I was greeted one morning with a package in the post .

As I am known to be particular about the mail (lose not a moment!), our very dutiful, and earnestly persistent servant brought the package to our bedroom. Surprisingly, it was from your assistant, Baptiste.

I hadn't realized the man knew I existed. I'm not sure we've had two words between us, and so to receive anything from him was puzzling.

More to the point Doctor, his known fascination with natural philosophy (and particularly small creatures, no doubt in proud emulation of yourself!) gave both my wife and I some concern.

When the sender of the package was made known the sudden trepidation surrounding the possible contents of the parcel was palpable. The imagination can be truly frightening, can it not? We instantly were compelled to give it a wide berth.

Our morning routine ruined, we quickly made for the main room to have our breakfast. The package followed, and was placed on the table between us by the sevant. We both drew back as far as we could.

"Earnest" then produced a letter opener to enable me to see the contents. Never did I feel a weapon at hand was more inadequate to the task. I would rather a pistol, even a club!

My wife moved to the doorway, to be able to close the door and trap the contents (and me!!) so that it (they?) could not escape.

I plunged the knife into the brown paper, expecting the appearance of many legs to emerge from the hole produced.

I peeled back the paper (slowly!), wondering if a small head might poke out..

Finally, knife in hand, I lifted the top of the small box, and.

Actually, I discovered a fine drinking vessel for my morning coffee (that was produced just as I pulled it from the package! "Earnest" again!).

I must express my appreciation when next I see your man. Perhaps I'll send a word through my cox'n who I understand is a friend to him (I believe they both are fluent in French!).

I am enjoying my brief respite from my patrol. The North Atlantic is miserable this time of year.