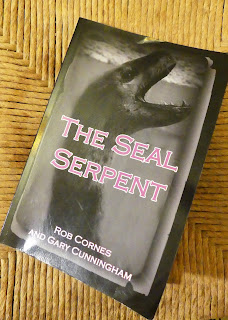 A book review by Tony Gerard

The Seal Serpent
by Rob Cormes and Gary Cunningham

It has long been a favorite contention of those who believe sea serpent stories describe real, although unknown , types of animals that stories describing a long necked, plesiosaurus looking creature could actually be describing a mammal. Bernard Heuvelmans, one of the founding fathers of cryptology, actually differentiated three different types of long necked, mammalian “sea serpents” in his classic work on the subject “In the Wake of Sea Serpents”.

Cormes and Cunningham, in “The Seal Serpent”, investigate and speculate on the possibility of at least some sea serpents being an unknown type of long necked seal. While there have actually been descriptions by scientists in past centuries of long necked seals, any such creatures remain scientifically unknown today. 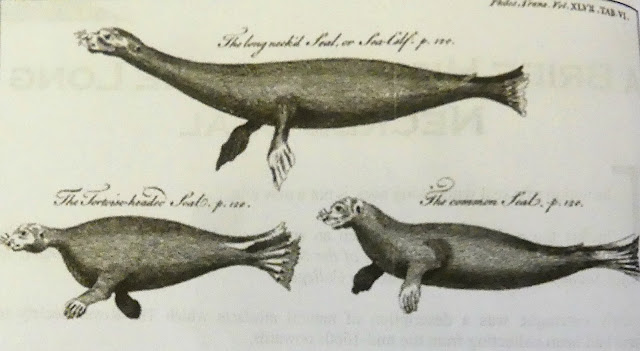 This is a very through investigation, and consequently not light reading.  The authors look at the “bunyip“of Australia, more or less concluding that most reports describe out of place or unknown seal types.  They relentlessly examine accounts of out of place seals and sea lions. They examine the folklore of various sea serpents and lake monsters. They examine scores of long necked sea serpent and lake monster reports looking for similar traits, behaviors and appearances. One thing I was struck by was that, although reports of the long-necked type sea serpents are common, the similarities pretty much end with a head on a long neck. Some have large eyes, others have small eyes or no visible eyes, some have a mane running down the neck, others don’t, some have ears or horns, others don’t. Heads are variously described as horse like, camel like, dog like, sheep like, cat like and yes, even seal like.

In the end the authors do something unheard of in the annals of cryptozoology literature. They relate that their thorough search through reports of long necked sea serpents has actually moved them further from a belief in a long-necked seal rather than closer. I’ve got to respect that kind of investigator.