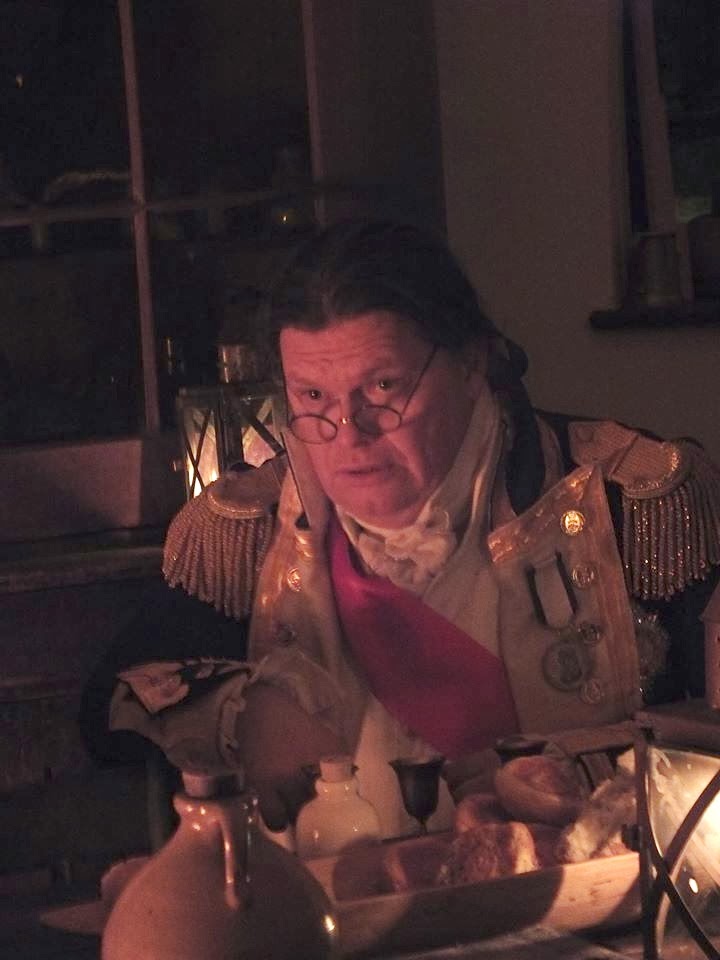 I must say what a delight it was to meet with you recently in Halifax and talk at great length on old times when we served together briefly on the old Dolphin after you had completed the Pacific adventure in ’68. Oh for lost youth! I must say that you have held your upright bearing and still look a man of good health and vigor!

And your ship, Sir! Why, I am very impressed with her and her crew indeed! I much regret my warning against engaging an American frigate. I believe Acasta would fare well against any Yankee, for there is no doubt that your fine vessel is of the first order! Let Brother Jonathan beware after you have completed your Bermuda refit!

Would that we had such a ship and crew on our inland seas! And yet, I would tell you of the progress we are making for we have a vessel on the stocks at this moment that should turn the tide in the spring! And she bears a striking resemblance to Acasta!

HMS Prince Regent is a spar-decked frigate, 155 feet between perpendiculars and a beam of 43 and one half feet which compares favourably with Acasta’s 154 feet by 41 feet. However, taking a leaf from our enemy’s book, she is equipped with 28-24pdr long guns on her upper deck and 24-32 pdr carronades on the spar deck as well as 4-68 pdr carronades. Part of my mission to Halifax was to ask Admiral Warren for men to crew Prince Regent.

In addition, a second frigate is being built. Originally to be a transport, she was lengthened soon after construction began. To be named Princess Charlotte, she is 121 feet between perpendiculars, breadth 37 feet 8 inches, she will be armed with 24-24 pdrs on the upper deck and 16-32 and 2-68 pdr carronades on forecastle and quarterdeck. As such, she is similar in size to the Southampton class of 32 gun frigates but slightly heavier and broader of beam. It is my hope to be assigned to command one of these vessels upon their launch in the spring.

In the meantime, after having completed my mission to Halifax, I am returning to Upper Canada by the land route. This is not as daunting as you might imagine as the roads are frozen and thus hard enough for horse drawn sleighs. Unless we have severe sustained snowfalls which would fill in and block the roads, I expect to be back in Kingston in a few weeks (but not before spending some time enjoying the winter activities of the City of Quebec!).

The Naval and Army officers stationed in Quebec are having some sort of sporting game played on the frozen river. It involves the wearing of metal runners on the shoes to enable the players to glide on the ice and the use of wooden clubs to strike a ball into a goal formed of upright sticks. I am intrigued and may take part. Since winter occupies a great deal of the year in this northern land, it would do well to find amusing pursuits to occupy the cold months.

Captain, I look forward to hearing about the exploits of Acasta with the coming of spring and that she will have taken many prizes including one of those damned Yankee frigates!!

I wish you every good fortune,

You Most Humble and Obedient Servant,