From the Doctor's Desktop 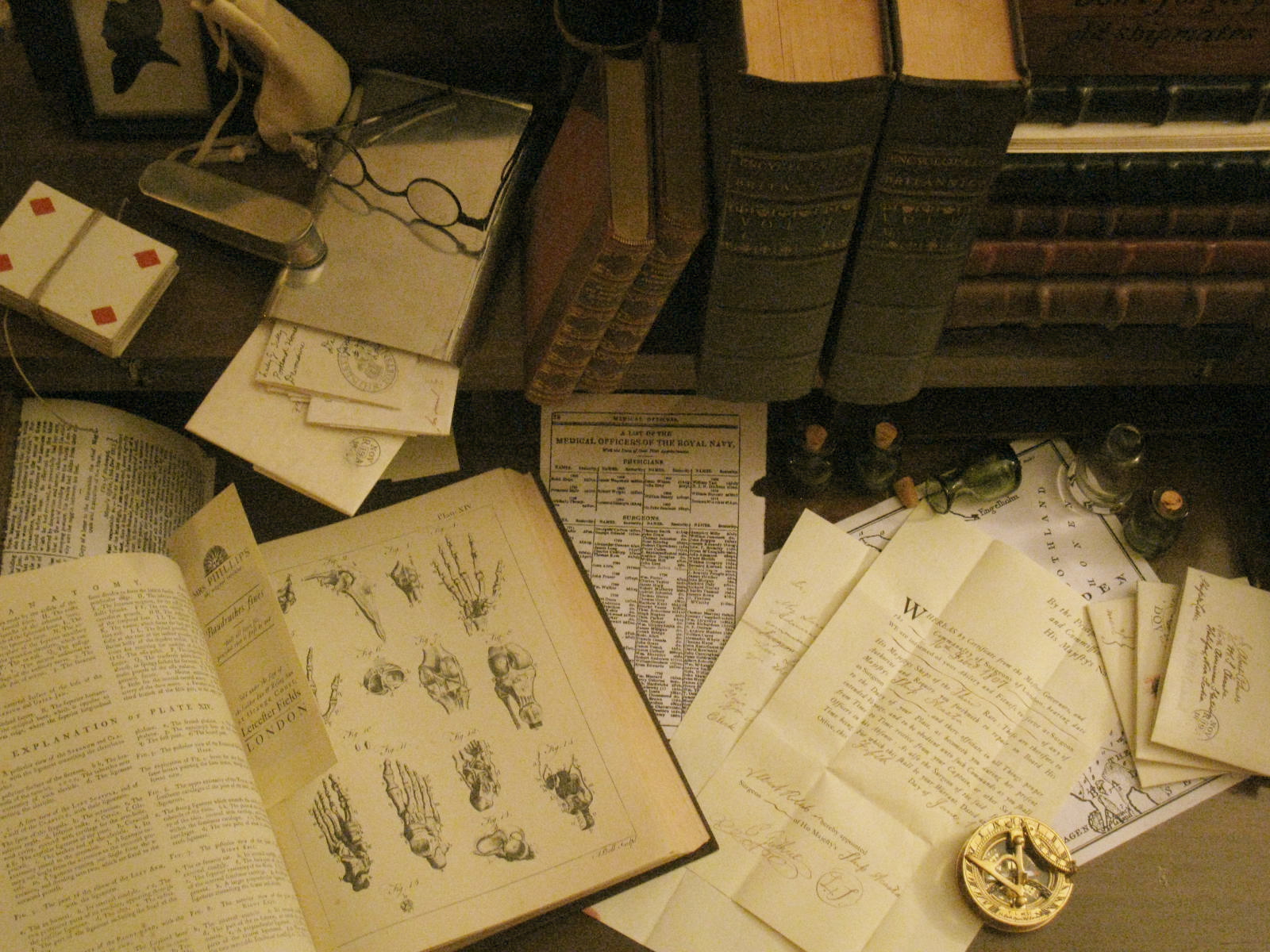 I thank you of your letter of the 4th. It arrived in an uncommonly prompt fashion for the Royal Mail of late, especially, it would seem, that which is intended for this particular latitude. A group of us went over to Ireland Island the other day to have a look at the work on, what is to be the new Naval Dockyard. The Royal Engineers in charge showed us about and were very kind to point out all the key features, but I must be honest, everything was so mired in mud that I could scarcely make head nor tail of the thing. And then upon our departure, I stepped off the wooden path that lead through that primordial ooze, and my right leg sunk knee deep! Thanks to the quick thinking of Mr. Raley and a nearby Marine, I was snatched out before I could sink any further, suctioning the shoe right off my foot. The shoe was not to be retrieved.

Shipboard life continues with the daily routine of sick call at the mainmast with my assistants. My mind rebels at stagnation, and while my duties aboard Acasta in the dockyard are quite similar to those while she is afloat, I find the work does not possess the same importance in my mind. When the Acasta is in the company of so many other Naval vessels, each with a fairly competent surgeon of their own aboard, I feel my own import diminished.

How my wife would laugh and declare me a 'melancholy creature'! She cannot, I suppose, understand a man's life in the service of the Navy.

As to the problems you pose in yr recent letter, I'm afraid I cannot be of much assistance as I do not know the area or the people or parties involved. As to the 'omen' of your white wolf, it is my understanding that the habitat of the Canis lupus arctos is generally 70° North latitude and higher. But it is not beyond the realm of believability that a few might have strayed as far South as Halifax. Think no more on omens sir, bear in remembrance that superstition is the enemy of reason.

Since your latest letter, I find that my mind has returned to the debate we began some time back, and how it continued upon our visit in Halifax. My impending visit to the surgical institute in Paris looms large in my thoughts. You had mentioned it was your belief that, in my hypothetical task, I will be forced to weigh my professional ethics and honour against my duty to King and Country. I feel that, were such a mission possible, that it would be my duty to not only King and Country, but to Mankind as well. To be in a position to lance the boil of humanity so as to save the life of the jeopardized patient, is the duty of the surgeon. In this instance, the patient would be the populations currently under the boot of a tyrant.

There are months ahead before I must contemplate the particulars of such a task, in the interim, I have insisted to the Captain that we must purchase a quantity of brimstone, enough that I might have the entire ship fumigated and dried to the best of our ability. As you well know sir, the most unpleasant manner of things tend to breed in moist dark areas of ships on prolong'd assignment.

It is my sincere hope that you are able to stay warm and dry for the remainder of the Winter and know that I wish you all health and success in your endeavours, and that I remain Sir,