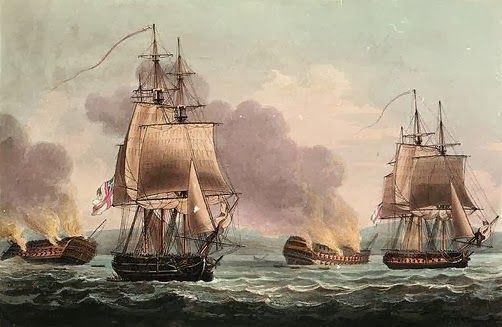 On 2 July 1814, Acasta was among the vessels sharing in the capture of the schooner Little Tom and her cargo of lumber, plank, and shingles. Multiple ships shared the capture, they were Albion, Dragon, Acasta, Severn, Loire, Narcissus, Jaseur, and St. Lawrence.
The London Gazette: no. 17209. p. 89. 14 January 1817.

American schooner Prudence, of 4 men and 17 tons, captured by the Acasta; arrived at Halifax in July.

Email ThisBlogThis!Share to TwitterShare to FacebookShare to Pinterest
Labels: 200th, Capture, In the News