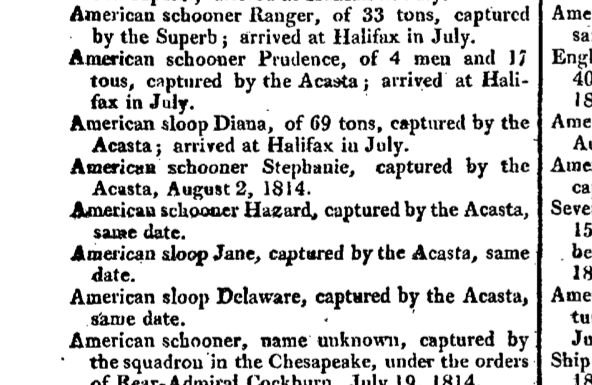 From The London Gazette

In the week leading up the HMS Acasta's Press Gang demonstration at the Fair at New Boston, there will be a series of posts dedicated solely to the act of Press Ganging in the early 19th Century.  We have dubbed it PRESS GANG WEEK! Starting Monday, August 26th and lasting until Friday the 30th, each day the Acasta site will feature special articles, art, video, &c. about Impressment in the Royal Navy.

But not just posts once a day as usual... Pressgang Week will feature special posts TWICE A DAY. Look for posts at 8am cst and Noon each day.

Invite your friends and stay tuned for further developments!

Email ThisBlogThis!Share to TwitterShare to FacebookShare to Pinterest
Labels: 200th, Capture, In the News, Miscellany