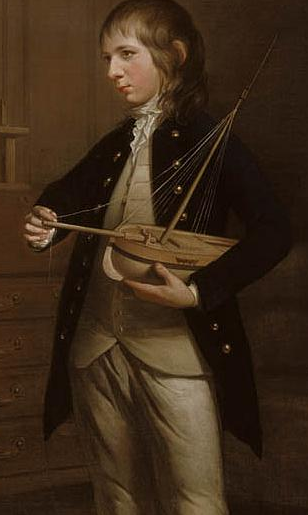 This officer entered the Navy, 6 Jan. 1805, as Fst.-cl. Vol., on board the Cyclops 20, Capt. Fras. Douglas, guard-ship off Lymington; joined next, for short periods, the Cracker gun-brig', Lieut.-Commander Wm. Henry Douglas, Thunderer 74, Capt. John Leohmere, and Repulse 74, Capt. Hon. Arthur Kaye Legge, employed in the Channel; and on ultimately proceeding to the West Indies in the ACASTA 40, Capt. Rich. Dalling Dunn, took an active part in the victory gained over the French, off St. Domingo, 6 Feb. 1806. Accompanying Capt. Dunn soon afterwards, as Midshipman, into the Royal George 100, flag-ship of Sir John Thos. Duckworth, he passed the Dardanells in Feb. 1807; and, on 27 of that month, served with the boats in a smart skirmish with the Turks on the island of Prota.