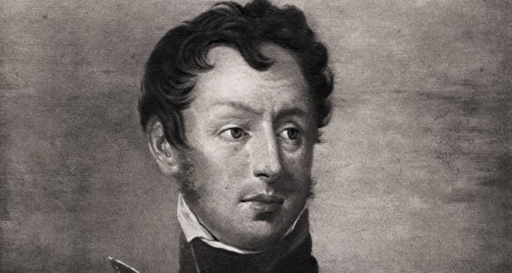 
Frederick Hoffman, who served as a lieutenant on HMS Tonnant (80) at Trafalgar, describes in his autobiography how he took, and passed, his lieutenant's examination in 1799:

"I was soon on shore and at the door of [my captain's] room. I knocked. “Enter,” said a voice not at all encouraging. “What do you want, any orders?” “No, sir,” said I, with one of my best quarter-deck bows, which appeared to soften him. “I hope I am not intruding; I have taken the liberty of waiting on you, sir, to acquaint you that I have served my time.” He was half-shaved, and my visit appeared unfortunately ill-timed, and I began to apprehend by the expression of his countenance, and the flourishes he made with his razor, he intended making me a head shorter. “Who sent you to me at this inconvenient time?” asked he. “The first lieutenant, sir,” said I; “he thought it was better for me to inform you before you went to the Admiral’s pen.” “Oh, very well; you may go; shut the door, and let the barge come for me at seven o’clock.” On board I repaired, and delivered the message. I kept pondering whether my hardy, half-shaven captain’s manner was favourable to the information I had given him or not. My messmates were anxious to know how I was received. “Not very graciously,” was my reply. Next morning, to my agreeable surprise, I was ordered to take the barge, and go on board the Alarm frigate, where I met my old captain, who shook hands with me, and two others. “Well,” said the former, “are you prepared to prove you are an able seaman and an officer?” “I hope so, sir,” said I. He introduced me to his two brother officers, and informed them I had sailed with him some time, and that I had frequently charge of a watch. We all descended to the cabin, where Hamilton Moore’s “Epitome,” a slate and pencil were placed before me. I was first asked several questions respecting coming to an anchor, mooring, tacking, veering, and taking in sail. I was then desired to find the time of high water at different places, and the variation of the compass.

They appeared satisfied with my answers and solutions, and before I left the ship they presented me with my passing certificate. On the following day I took the oath of allegiance, abused the Pope—poor, innocent man—and all his doctrines, and received my commission for a twenty-four gun ship which I joined the day after. I left some of my messmates with regret, as they were made of the very stuff our Navy required. "

From: A Sailor of King George by Frederick Hoffman