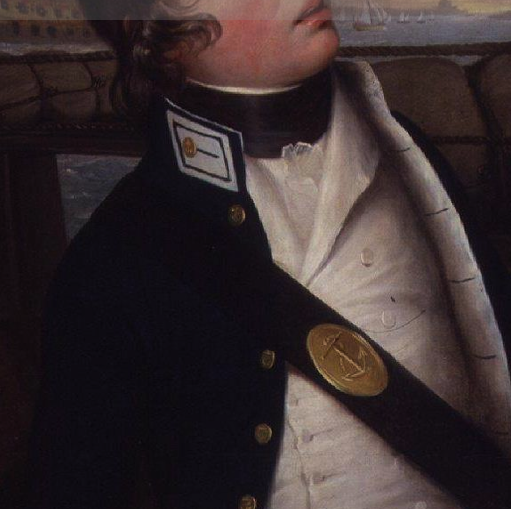 This officer entered the Navy, 12 July, 1805, as Fst.-cl. Vol., on board the Acasta 40, Capt. Rich. Dalling Dunn, in which frigate we find him taking part in the action off St. Domingo 6 Feb. 1806, and attaining the rating of Midshipman 22 July following. On accompanying Capt. Dunn into the Royal George 100, flag-ship of Sir John Thos. Duckworth, he attended the expedition to Constantinople in Feb. 1807 ; served with the boats in an attack on the Turks at Prota ; and was wounded at the repassage of the Dardanells.