Just when we thought we couldn't possibly find any more REAL CREW that served aboard the Acasta, the internet proved us wrong.

Footnote
Peter Henwood is confirmed on the rolls as a Clerk aboard H.M.S. Veteran at Camperdown, and as Purser aboard H.M.S. Acasta at St Domingo.

Peter Henwood was born in 1769 and joined the Navy as a Clerk in 1797 aboard H.M.S. Veteran, in which ship he was present at the battle of Camperdown. For his part in the battle Henwood was promoted to Purser in January 1798, having served as Clerk for only seven months, and in this capacity joined H.M.S. Tisiphone. He joined H.M.S. Acasta as Purser in July 1802 and was still serving in this ship at the battle of St Domingo in February 1806. He was paid off from Acasta in September 1806 and served subsequently aboard the Achille, L’Alexandre, and Spencer, in which last ship he served from August 1807 until April 1815, when he was paid off and shortly afterwards placed on half-pay. He had been on active service for nearly 18 years and was then aged 46.

Sold with some research and copies of relevant entries in the Admiralty rolls. 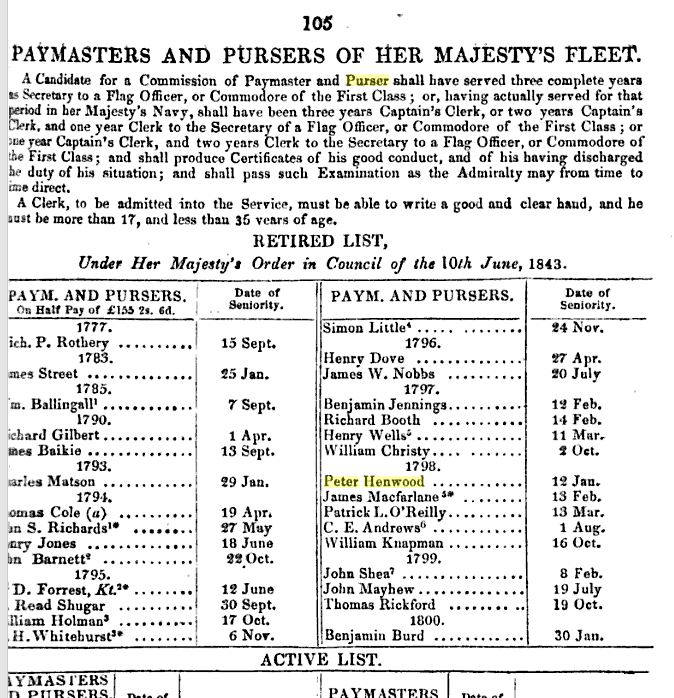 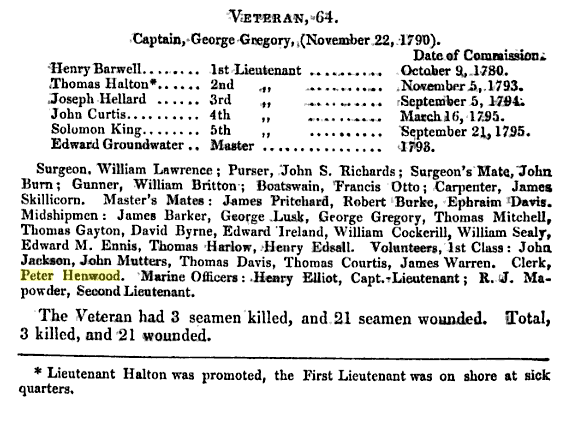 A listing of the ships and men at the Battle of Camperdown, from: The United Service Magazine, Part 1 H. Colburn, 1844 page 86