The Battle of Georgian Bay 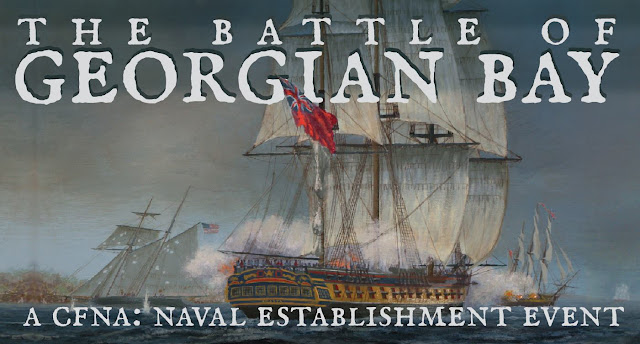 Report on the recent actions at Penetanguishine and Georgian Bay, off Lake Huron, in Upper Canada: 13 August, 1813 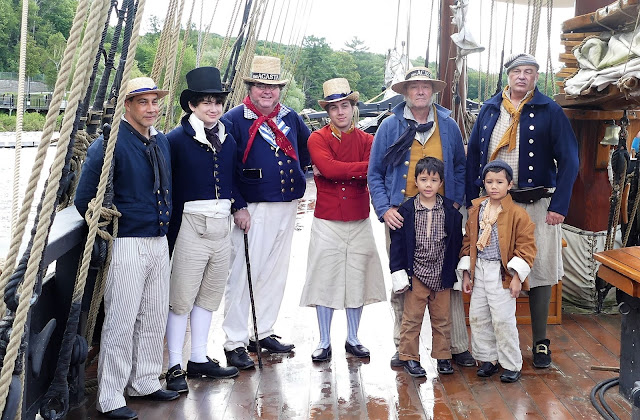 Herewith is my report as Senior of the Special Detachment from Acasta, assigned to H.M.A.T. Chatham, Captain Christopher Sorenson, commanding.

As my travels were delayed by necessary preparations, en route, I sent the detachment ahead to the Penetanguishene Station under the command of Mister Midshipman Linden. With him were Master’s Mate P. Mahone, Surgeon’s Mate J. Girard, Landsmen A. Weremeichik, N Weremeichik, and M Ledford, and Ship’s Boys A Girard and F Girard.

Mister Linden reported to Captain Sorenson in the afternoon of Thursday, 8 August, at the site of Chatham’s encampment. Camp was speedily set, and the Acastas were exemplary in their efficiency and zeal, in helping to set the camp.  The evening was spent in preparation, in anticipation of expected action, the next day.  In the morning, a combined crew of Chathams, Acastas, and a Psyche or two, who had arrived as a “Vanguard” of sorts for their ship, set out to scout the harbour, and the adjacent inlet to the south. They, in company with the flotilla under the command of Commodore Hurlbut,  engaged a pair of American “Schuners” that had been sent to harry us.  After an effective, but inconclusive engagement, our boats broke off the engagement, leaving the Americans in place, as they would need repairs to follow, or continue the engagement. The afternoon saw our boats again engaged with the Americans, to the Americans’ advantage. It was only the next day, Suaturday, that we were able to secure the upper hand, when the Americans sent troops to try and capture HMS Tecumseth, nearing completion at the Penetanguishine shipyard. By the combined efforts of our flotilla and our land forces, we were able to force the Americans to retreat. 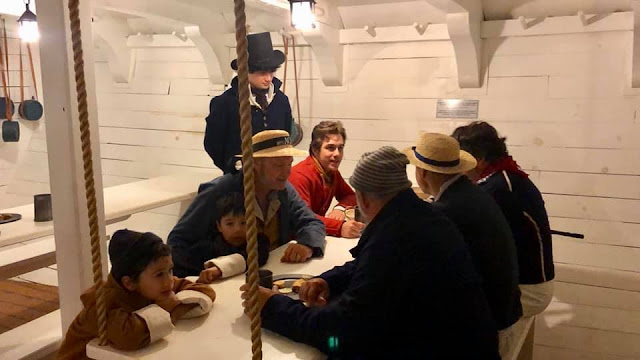 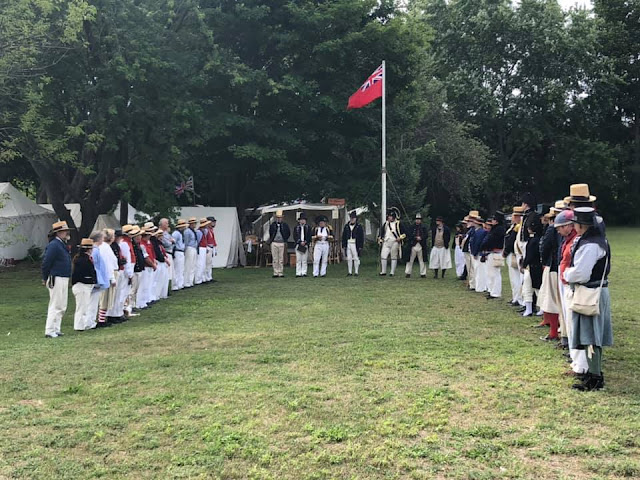 All of this, Mister Linden reported to me, upon my arrival, that evening. On Sunday, the Americans made a final, fruitless effort to take the harbour and shipyard, but they met with even less success, than previously. At last report, the Americans present struck their camp, and retreated back across the Niagara River, leaving the harbour once again secure.

I am pleased to report that all the Acastas present in our party  served their duty with great zeal, and little difficulty. Mister Linden had no qualms about exerting authority as needed, without resorting to excess. With the usual guidance and tutelage, I make no doubt he will become an officer of  perceptive ability, and will continue to bring honour to his crew, his ship, his service, and his King and Country.

The only dark note on the whole expedition, was that Master’s Mate Mahone shewed serious neglect to our navigational equipment, leaving it out to be dampened by the dew. No significant damage resulted, but I had rather stern words with Mahone, and, unless he shews better stewardship in future, it may be necessary to reconsider his appointment.

The 1812 Grand Tactical at Discovery Harbor was a great success, from my perspective. It was
our first Grand Tactical, so we weren’t sure what to expect. We had intended to arrive Wednesday evening, but weren’t able to leave Maryland until then. We drove all night, and arrived on sight at about noon, Thursday. Signage was little help in figuring out where we were supposed to go, but somebody had posted that we needed to enter by the NORTH gate, and that was the clue that helped us find our way.  Once there, we located our camp, and reported in to Christopher Sorenson, and met those Chathams (and Psyches) present. Over the course of the day, the remainder of Acastas and Chathams arrived and set up. Weather was variable, rotating between drizzle, cloudiness, and open (hot) sunshine. Needless to say, we only got the comfortable cloudiness when we decided to take a break from setup. As soon as we went back to campwork,  the alternating sunburn and rain returned.
The Chathams were experiencing the usual trickiness associated with their first real gathering as a unit, but they soon figured it all out. They were gracious hosts, and it was a joy to work with them. I hope we will continue to host each other, as needed, at future events.

The events of the weekend run together, in my memory, so I hope you’ll all forgive me, if I jumble things up, or misspell or completely omit names.  I’m not even entirely sure who was Acasta, and who was Chatham!

Sam Linden wore his coat the entire weekend, rain, shine, or drizzle, which only served to enhance his image as the eager young Officer-in-Training.

Tony and Berna Gerard brought their whole family, though once on site, we saw little of the boys, as they were off fighting their own war, with the other kids of the camp.  By Sunday morning, all the kids had pretty much formed their own Penentanguishine Militia, with a Captain, Serjeant, and semi-formed ranks.

As I spent most of the weekend out fighting the Johnathans, I can’t say how the ladies spent their weekend, but I can say that there was ALMOST TOO much to do, for those of us “under arms”.  I got to tour H.M.S. Tecumseth, and we all sang below decks, and in the Tecumseth museum, there was a Twilight Zone moment, when I called Tony over, to point out a jackknife fleam, only to have Tony pull the EXACT SAME FLEAM from his pocket! He had recently bought his from eBay, and it was clearly made by the same maker, and definitely within a FEW MONTHS of the one in the display case! They even had chips missing from the horn scales, in the same place!

There could have been a bit more effort beforehand, with regards to signage, camp assignments, etc., to make setup a bit more streamlined and effective,  A pile of street signs on the ground near Registration should have been placed by Wednesday, IMO, and a map showing camp assignments would have helped everyone get properly set, earlier. Perhaps, in future, each unit could be asked to submit a roster of tent space needed, with a nearby overflow area, for late additions. From this, an assignment map could be generated.

My other criticism, and my most significant one, is that there was a large area of picnic tables under marquis canopies, in the corner of the camp, with a modern stage, lights, and loudspeakers, with various bands playing in the afternoon and evening, almost to midnight. It very effectively broke the historical feel of the camp, especially when the bands were playing Dolly Parton or Bob Seger songs. However, even sea shanties over loudspeaker ruin the ambience. I hope that, in future, they decide to eliminate the live “entertainment” element, entirely. It put a HUGE damper on our own usual practice of singing, in camp.

In conclusion, the event was MOSTLY well-organized, and, except for trying to sleep to the nearby amplified strains of “That Old-Time Rock & Roll”, really enjoyable. I hope to visit the site again, soon, and to likewise attend another Grand Tactical.

H.M.S. Acasta did well, and it was an honor and a joy to accompany Chatham on her “Maiden voyage”. I come away from this event, with one, inescapable conclusion:
H.M.S. Acasta needs a boat!   ;-)