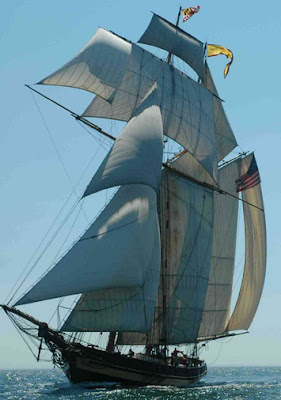 We received news this afternoon of the capture of the Betsy, an American schooner of 127 tons on her way in to Boston. And the best news of all was that she was captured by our own Acasta!

According to the stories we heard in town, Betsy was loaded with barrels of Brandy from Naples. I have never seen sailors or officers so excited about a captured cargo in my life! Every man in our shore party think themselves accursed that they were not there in person to take part in the action (and, I suspect, to sample the kegs of brandy aboard her).

Our party continues inland on our way to our mission in the area of the Fair held at New Boston.

Account of the capture of the Betsy taken from:
"AMERICAN VESSELS CAPTURED BY THE BRITISH DURING THE Revolution and War of 1812 The Records of the Vice-Admiralty Court at Halifax, Nova Scotia."
Enter'd into the log by HMSAcasta.com