Submitted for your entertainment, is this game developed for the Acastas to play a number of years ago. We create games and activities for the group to play to keep busy at events. This is one such game.  -Albert

The Admiralty commands and requires you to sail forth into the Mediterranean just off the coast of Toulon, France, once there you will send a group of men ashore to capture the French Semaphore codes out of the tower at Toulon and then destroy the tower itself. Once ashore, with tower in sight, your men will have 4 minutes to capture the codes and destroy the tower before the overwhelming French forces arrive from the nearby fort.

The Semaphore tower at Toulon, France is the first station in a chain of towers that transport signals and information from the southern coast of France to Marseille, Avignon, then Valence and eventually all the way to Paris. On a clear day, a symbol can travel from Toulon to Paris in 12 minutes. If this initial link can be cut at Toulon, the French lines of communication from the South would be crippled.

It is assumed that you will need to rehearse your assault upon the tower in order to ensure the safety of the officers and men involved.

To that end, there is a building on the property known as the ‘Spring House' that will act as a substitute for the Semaphore Tower so that your men may practice the assault in pantomime with dummy kegs of powder. Your men are to rehearse this pantomime assault as many times as is necessary to be able to perform it in less than 4 minutes.

To more accurately mimic the terrain and conditions you will encounter at Toulon, your mock assault on the ‘Spring House' should begin and end from the Northeast of the building itself. There will be a flag placed in the position where you should start.

They are to carry ashore 5 kegs, one to be placed at each exterior corner of the tower at ground level and one keg to be placed in the middle of the interior of the building. All kegs are to be strung to one another with twine or string that shall act as dummy fuses. Then they must run the master fuse out and away from the powder kegs at the tower a minimum distance of 50 yards. A fuse less than 50 yards long will result in the tower being destroyed before the Acastas can safely escape the scene.

Remember, the Acastas must capture the codes, position the kegs in the specified spots and set the fuses in 4 minutes or less to be able to ensure the success of the mission and the safety of the men. 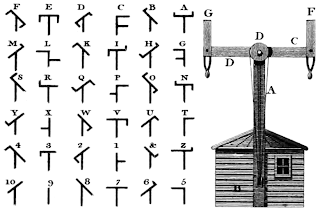 You may modify the particulars of the mission to accommodate facilities and supplies available.