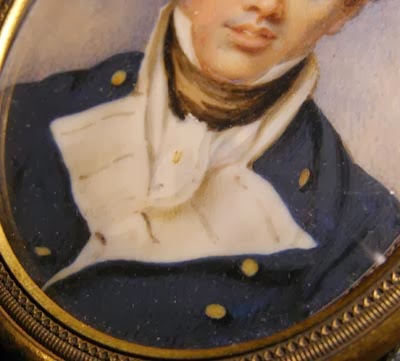 
The Honourable Edmund Sexton Pery Knox, born in 1787, is second son of Thomas, first Earl of Ranfurly, by Diana Jane, eldest daughter and coheir of Edmund Viscount Pery, Speaker of the Irish House of Commons in the Parliaments of 1771, 1776, and 1783. He is brother of the present Earl of Ranfurly.

This officer entered the Navy, in Nov. 1799, as Fst.-cl. Vol., on board the Ethalion 38, Capt. John Clarke Searle, and on 25 of the following Dec. was wrecked on the Penmarck rocks. In May, 1800, he joined the Seahorse 38, Capt. Edw. Jas. Foote, under whom we find him escorting Rear-Admiral Sir Rich. Bickerton and General Sir Ralph Abercromby to the Mediterranean, the latter back again to England, and 10 sail of Indiamen to Calcutta, besides being for some time employed in attendance upon the King and Queen off Weymouth. From Oct. 1802 until F.eb. 1806 Mr. Knox served in the Mediterranean as Midshipman of the Jnso 32, Capt. Henry Richardson. He then became attached for short periods to the Halcyon 16, Capt. Henry Whitmarsh Pearse, Queen 98, flag-ship of Lord Collingwood, and Entreprenaktb cutter, Lieut.-Commander Robt. Benj. Young ; and on 1 Sept. in the same year, 1806, he was made Lieutenant in the Acasta 40, Capts. Rich. Dalling Dunn and Philip Beaver, lying at Plymouth. His succeeding appointments were—on 18 of the latter month, to the Narcissus 32, Capt. Chas. Malcolm, stationed in the Channel—16 Jan. 1808, to the Princess Charlotte 38, Capt. Geo. Tobin, with whom he was for eight months employed on the coast of
Ireland— and 5 July, 1809, to the acting-command of the Pultusk sloop in the West Indies, whence he invalided in the ensuing Aug. On 24 Feb. 1810 Capt. Knox, who had been confirmed in the rank of Commander by commission dated 2 June, 1809, was appointed to the Castilian sloop off Deal Continuing but two months in that vessel, he next, on 3 Aug. 1810, obtained command of the St. Fiorenzo troop-ship. He attained Post-rank 28 Feb. 1812; and was lastly, from 22 March until 21 Jime, 1814, employed as Flag-Captain to Rear-Admirals Hon. Chas. Elphinstone Fleeming and Sam. Hood Linzee, in the Eurotas 38, off Cadiz and Gibraltar. He accepted his present rank 1 Oct. 1846. The Rear-Admiral married, 3 July, 1813, Jane Sophia, fifth daughter of Wm. Hope Vere, Esq., and sister of Jas. Hope, Esq., of Craigie Hall West Lothian, N. B. By that lady he has issue one son (an officer in the Army) and three daughters.