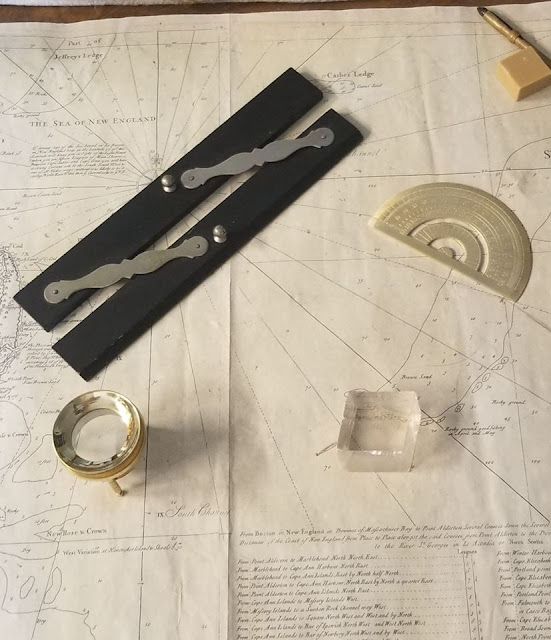 Clockwise, from upper left: wooden parallel rule with nickel-plated arms and no markings; brass protractor; Icelandic Spar, believed to be the sunstone, used by Vikings; and a brass chart glass, for reading fine details on charts.

The sunstone, as a navigational device, is not documented to our period (1800-1810), although a spar crystal WAS recovered from the sunken wreck of the Alderney, sunk in 1592. It was found near navigational equipment, suggesting that it may have been used for that purpose. its properties WERE known, and studied, during our period, so I bought one as a navigational/scientific curiosity. I intend to "mount" it in a hanging Turk's Head, as I also plan to do with my lodestone (primitive compass): a piece of magnetic hematite. These primitive stones will only be included in my kit, for events in which I present the earlier history of navigation.