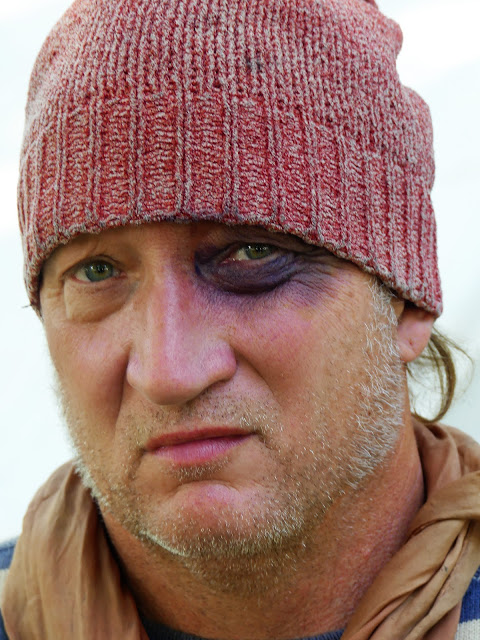 Once Apple comes back from liberty ashore with a bloody great shiner and when asked about it he says “do not trust to drink with that William Booth as he is bad to turn mean when he is deep in his cups”.

So later I run into Missus Bonnie what works for Booth and I asked her about Booth giving Apple such a whollop . “Oh” she says “That weren’t Mr. Booth, that was me what done that to that swag Apple”

“How so?” I asks. “Well”, she says ” I just come in the room and he smiles and starts such a song as should never be heard in public- much less in front of a lady! So I punched him a good’un so he would show some respect in the future”.

I told Apple this later but he never did believe it. Booth also thought he had done the deed for the next time Apple had liberty I did also, and Booth swore eternal friendship and apologies for treating Apple so and they spent the night swapping songs and drinking all night long and cheered on by their mates.

This time they both come away undamaged.

-James Cullen. Remembrances of Eight years before the Mast, 1834.