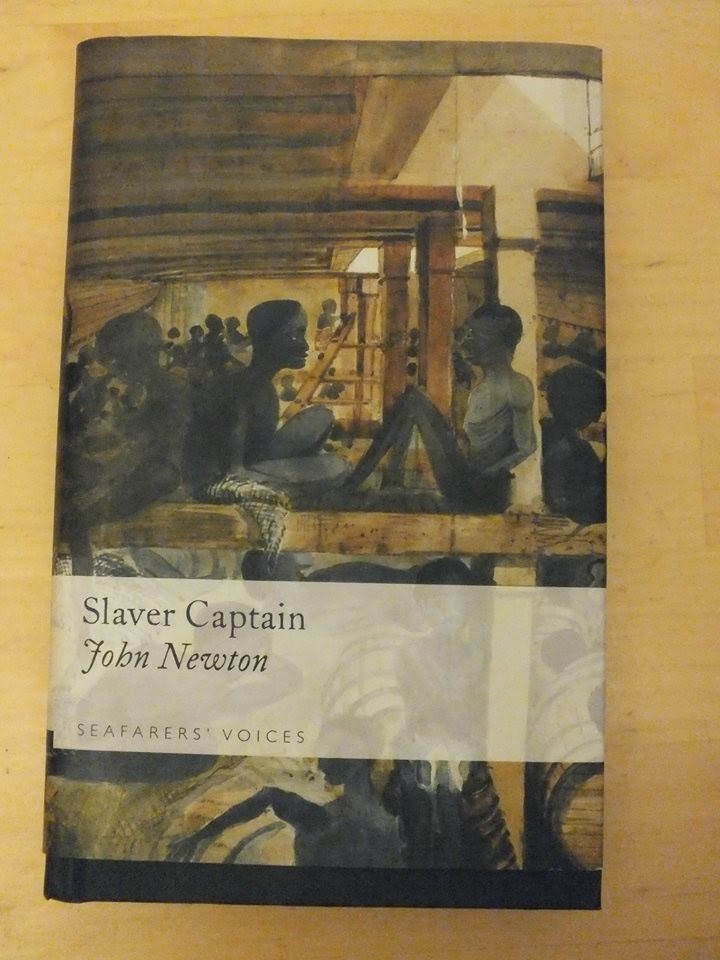 A Short review by Tony Gerard-

This book actually consists of a compilation of two sets of John Newton's writings. One is his thoughts on the slave trade and memoir of his time as a slave ship captain. The other is a series of letters about his life. Both were written later in life as he was on the path to becoming a minister. He is well known in certain circles as the author of the words to the hymn "Amazing Grace".

I bought this book because I wanted more first hand information about the slave trade and it was lauded as "a rare account of the African slave trade....presents a remarkably truthful picture...".

While Newton did have a remarkable life- he was even a slave for a time himself in Sierra Leone, before becoming a slaver captain- he doesn't  really tell a juicy story. Whenever something really interesting is about to happen, say a mutiny, slave revolt or shipwreck, Newton usually covers it with something like "but the Lord mercifully delivered me from the danger" without giving any real detail on just how the Lord handled the situation. He also gives very little information about the actual conditions on, or operation of, a slave ship.

This book may be a useful insight for our Chaplain about Christian thoughts from the early 19th century, but for one looking for an actual period account of the slave trade the book is lacking.