Niagara on the Lake part 2

Before the sun was even up the next morning, we were up and stowing our cots. We boarded at two bells in the morning watch… two of the smaller, slower ships, the Caledonia and La Revenante, had departed even earlier so as to arrive at the location of the assault at the same time as the larger ships. 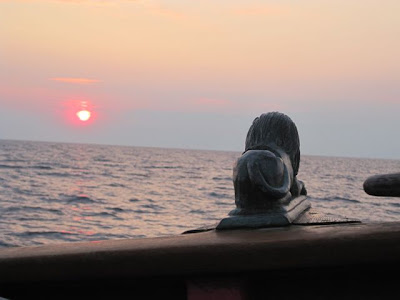 We departed and I watched from the foc'sle as the sun rose as a perfect red orb over the horizon.

I am particularly impressed with how young and inexperienced the crew seems. The youngest among them is twelve if the reports I have received are true.

Ships of the squadron all spread out across the lake, staying within sight of one another.

After several hours, Commander Schifferdecker spotted two ships far off the starboard side, barely hull up on the horizon. We took turns looking through my glass at them. After steadying the glass against the rail, the Commander announced they were the Caledonia and La Revenante. I agreed, given their relative size and configuration.

Commander Schifferdecker took out the charts that showed the area of the assault and I looked at it over his shoulder. We were to enter into the mouth of the Niagara River, anchor in a line there near a little section of beach, and off load the soldiers in the long boats.

As we grew closer, we heard what sounded to be ranging shot from Fort Niagara, the young crew suddenly understood the gravity of the rapidly approaching situation. All eyes were suddenly forward, looking toward the land with greater interest. 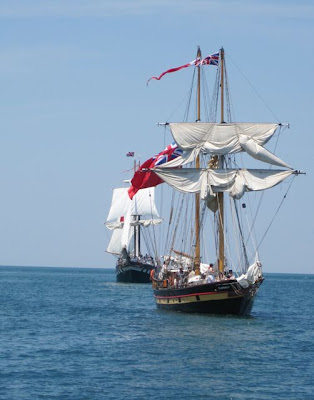 The fire from shore came with greater frequency as we grew closer to the landing zone.We finally got into the proper position and dropped anchor. The marines and sailors were loaded into the long boats and made for the shore with haste.

Mr. Schifferdecker took to the quarterdeck with his musket firing round after round toward the shore as the longboats landed. 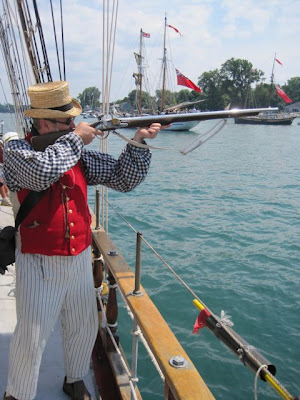