"Yes, hand to mouth, for I have no real skill as a sailor…"

"An forty years later ya still don't" said Apple. By now he and the Frenchman were fast friends, tie mates even. Baptiste ignored the friendly barb.

"But I am not unhappy, for I see many new places and tings, and if de pay is not so good, it make no concern to me, for is easy to live in de islands."

"How so?" asked the young gunner's mate.

"Is always coconuts or a conch to eat, or fish to catch is never dat much trouble, so no one go hungry. Was not for de sickness so much- an no good cheese- it would be de best place to live. So I come to de british honduras on a logwood merchant, but I don't like dem so good, so I leave dem dere. But I have only very small money, but dey have a pit dere, so I go to see if I perhaps can find work as a setter or heeler, for dis I am skilled at." At this he looked to Apple for a barb, but the carpenter merely nodded his head in agreement, so he continued.

"But I find no work like dat, but is a most handsome white hackled bird that is to be pitted, an I take what small money I have an bet for dis bird, he win and now I have twice to much as before. Is still small, but is better."

"So Dat is how I make for to live for a time dere, I make my bets careful and I win most de time. Each time he is pitted I bet on dat white hackled cock and he never loose. I learn dat he belong to de negro fellow dat is his setter. As days pass dat cock  become known an de crowds is bigger when he is pitted.

"About dis same time a French privateer- de Bras D'orr - come in. Most of her crew has been killed with de yellow jack. Some of her crew come to de pit, and I tell dem how to bet and dey win, so we become friends. 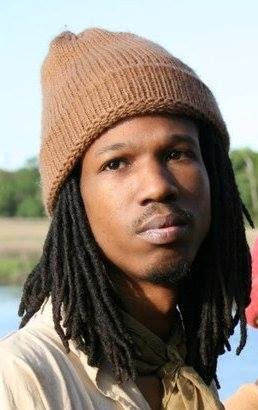 It comes time for a big main. All de gentelmen planters is come, is nothing dat makes all men de same as de pit. De negro with de white hackled cock- his name is Simon- tell me dat many of de gentlemen try to buy dat cock, but dat he will not sell him.

Dis night de white hackled cock is to be pitted against a black cock dat is de champion of a planter gentleman. Is everyone dere dat night- all de gentlemen planters, sailors an tradesmen, my friends from de Bras D'orr , an many, many negros. When de match finally come both cocks fight very good, many small wounds on each, but finally de white hackled cock strike a killing blow. As soon as he do all de negros give a great cheer. One big negro, he jump into de pit an embrace Simon so strong. He jump up and down wid him like dat. It seems several of de negros have made bets for enough to win dere freedom or dat of a family person.

But because dis fellow have him embraced, Simon, he can not pick up de cock like he should. De cock, he is making crows an strutting around de dying black cock. As de do the black cock give a dying kick and drives de gaff into dat white hackled cock at de base of his throat, all de way in.

Simon den, he break away and pulls de two apart, an dey set dem both down on dere feet, for now de match goes to de one dat live longest. All is silent as we wait to see which die first. When de black cock fall over again dere is a great cheer from all de negros.

I jump down into de pit den, Simon have picked up de cock, and I tell him dat I wish to purchase de cock. He say to me dat even though he is killed he don't want him to be eat. I say I don't want him to eat, dat I maybe can save him. He say to me 'If you can save him, den you just have him.' So right away I pull de feathers from around de wound and I suck de blood from it, so it don't go to de lungs. 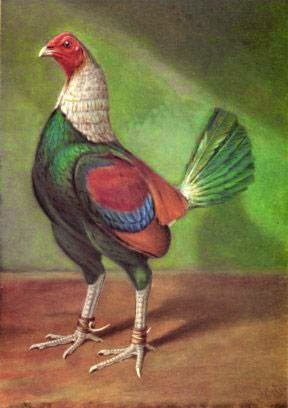 I take him back to where I stay and I nurse him very careful. My landlady, she let me sweat him in a basket by her bread oven. After some days he begin to recover. Simon, and some of de other negros, and some of my friends from de Bras D'orr, all come to see about him at times.

Finally he is good again, maybe not for de pit, but enough to father more cocks. I offer him back to Simon, but he say dat he have several of his sons already, an since I save him I should have him.

About dis same time one of my friends from De Bras D'orr have his arm get  broke, an I set it for him. Dey have been waiting for dere captain to recover from de yellow jack.

When he get recovered dey come to me an dey say dat dey wish me to come aboard to be as dere doctor, for de one dey have is killed.  I say dat I am no real doctor and de mate de send say 'you set Robere's arm good and saved dat rooster, so you are as good as anyone we will find here'.

So when de Bras D'orr sail, I am wid her as dere doctor, and de white hackled cock also. De sailors, dey name him 'Focion', after a fierce fellow dat die of de yellow jack."