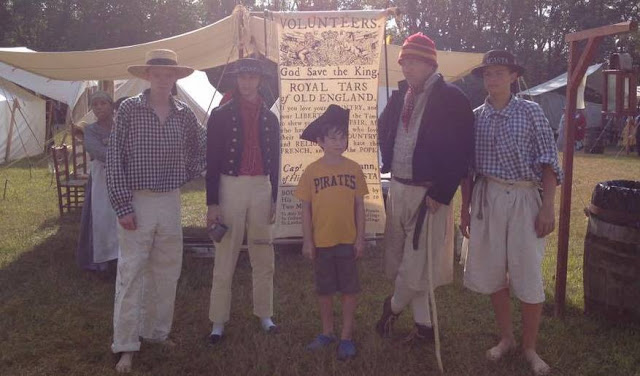 Samuel Linden was 8 years old when he was pressed by HMS Acasta into joining their Navy.

During his “interview” (some say interrogation) then ship’s boatswain, Mr. Hollybrass upon asking young Mister Linden for his age and getting a reply of, “8,” continued refusing the answer, prompting Linden to respond he was 10, until finally the exhausted lad complied telling Hollybrass he was indeed, “10!”  This prompted Hollybrass to immediately sign the lad up for service having him put his slight chicken scrawl signature on a sailor’s contract and telling the boy he needed to report in 3 days for duty and to set sail. 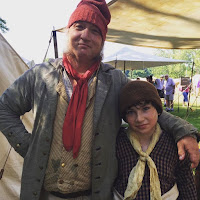 Young Mister Linden was not duped by this in the least and proceeded to inform his mother the entire weekend that "on Monday, we need to come back so I can go to sea with His Majesty's Royal Navy!”

This set in motion a series of events over the next 5 years where young mister Linden followed the Acasta Crew to their various event’s shores to sail with the Acasta Crew, learn their trades and crafts and gain ranks among them, currently holding position of 1st Class Volunteer after being promoted from Ship’s Boy last year. 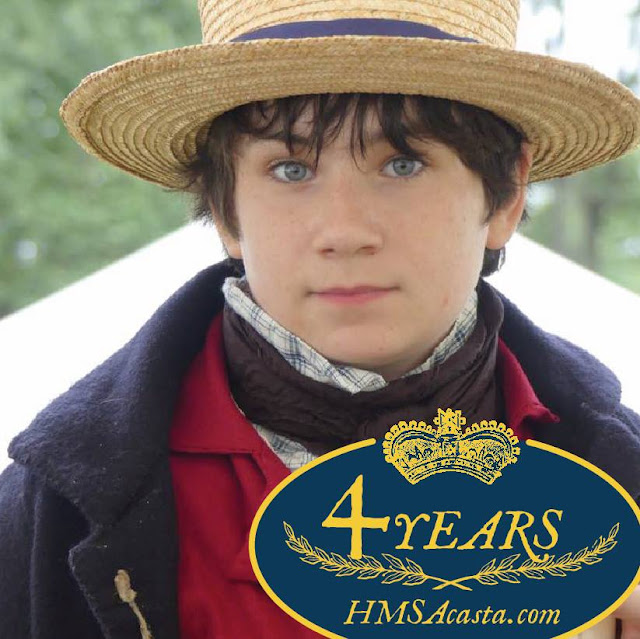 A side note about young Mr. Linden... we encountered him at the Fair at New Boston where we do Press Gang and recruitment activities with the public... we tell the newly 'recruited' men to report back on the following Monday so we can 'go to the ship'. Linden's been reporting back ever since!