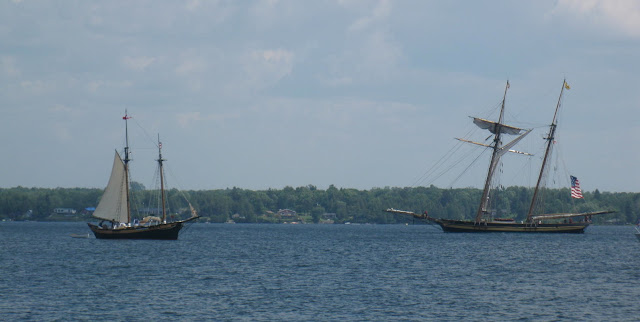 19 Dec 1814 - Leander sailed from Halifax bound off Boston, and on the 24th fell in with the Newcastle and Acasta.

22 Dec 1814 - Arab reported to the Leander, Newcastle and Acasta that the Constitution had sailed from Boston on the 17th inst. who departed in search of the US frigate.

28 Dec 1814 - the Leander, in company with the Newcastle and Acasta, captured the celebrated privateer Prince de Neufchatel.

Extract of the letter from Capt. Sir George Collier, of His Majesty's ship Leander 1815, Jan 28

I have the pleasure to acquaint you, that with the squadron under my orders, being in quest of the American ships of war, which escaped during the late gales from the Ports of Massachusetts, I had the good fortune, yesterday, at sunset, to capture the celebrated privateer, Prince of Neufchatel, hermaphrodite rigged, pierced for 22 guns, and having 18 mounted, six of which are long nine, and twelve pounders, and the rest twelve pounder carronades; measures 330 tons, with a crew of 130 men under the Command of Nicholas Millin, by birth a Frenchman and one of superior professional skill and enterprize. She sailed from Boston on the 21st inst. and is the completest vessel I have ever saw. The activity of the Captains of the Newcastle and Acasta cut off the chance of escape from this cruizer during a chase of ten hours, the wind blowing a hard gale… etc

Extracted from the Registry of His Majesty's High Court of Admiralty of England.

On Friday the forth day of march in the Year of Our Lord one thousand eight hundred and fifteen before the Right Honourable Sir William Scott, Knight, Doctor of Laws, Lieutenant of the High Court of Admiralty of England, and in the same Court Official Principal and Commissary General and Special and President Judge thereof, and also to hear and determine all and all manner of Causes and Complaints as to Ships and Goods seized and taken as Prize specially constituted and appointed in the Common Hall of Doctors Commons London present James Farquhar one of the Deputy Registrars

Our Sovereign Lord the King against the said Ship her Tackle Apparel & Furniture and the Arms Stores and Ammunition therein taken by His Majesty's Ship Leander, Sir George Collier Bart, Commander in Company with His Majesty's Ship Newcastle and Frigate Acasta and brought to Penzance and against all persons in general.