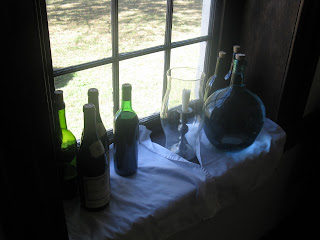 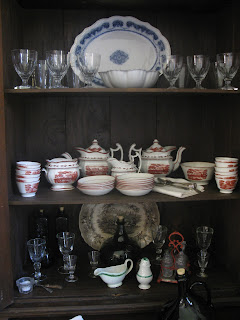 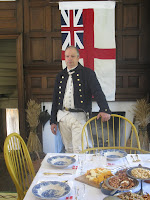 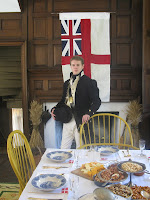 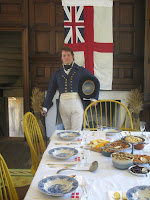 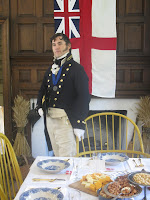 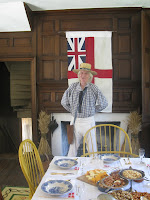 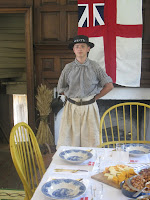 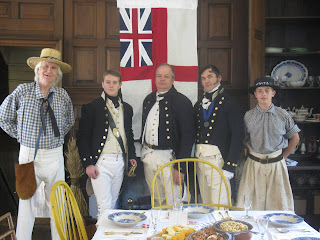 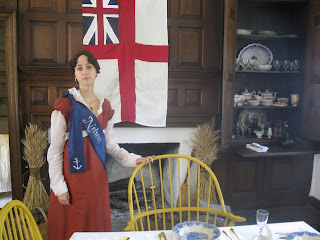 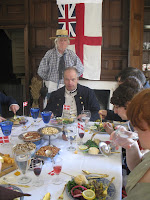 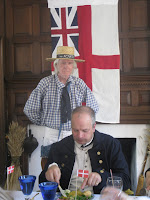 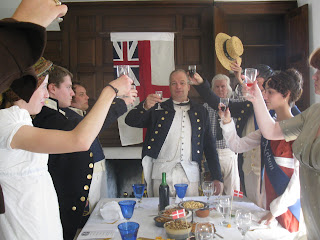 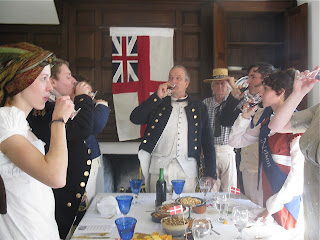 The Trafalgar dinner was a great success and Mrs. Gaines and all those that helped with the meal are GREATLY appreciated! The Acastas would also like to extend their thanks to Historic Rock Castle for allowing us to hold our gathering there.

We dined on a delicious bisque followed by lamb and pillaf, pickled eggs, beets and onions, asparagus, a salad of parsley, onion, lemon and black olives and spiced meat pies.  We even had biscuits marked with an anchor, an 'A' for Acasta or an 'N' for Nelson. This was all followed by pies and spotted dog with an excellent sauce.

There were songs sung and many a fine toast made over the course of the afternoon.

We also played a game at dinner wherein the diners had to decode a series of signal flags that hung outside... then, to signal that they understood the message contained within the flags, they were to 'fly' the 'affirmative' flag in response.

According to Admiral Popham's 1806 book, the red flag with the white cross (seen flying on the dining room table) is the 'affirmative' flag. For the purposes of our gathering, our tiny versions of this flag in particular were raised by placing them into blocks of cheese. Each dinner was giv'n an affirmative flag to fly, and nearly all present were able to decode the flags.

Can you decode the flags? If so, please feel free to write the secret message in the comments section below.