Life of a Gamecock
Most written sources on gamebird management from the period are, as would be expected, written by persons of the upper socio-economic classes. They often contain advice on bird management that would have been impractical for lower class cockers (of which there were multitudes).  One bit of advice was as soon as possible a young rooster, termed a cockerel, should be separated from his brothers.  The idea was that being around other cockerels made young bird accustomed to other roosters by both sight and sound, and that this could dull a bird’s aggressive instincts. Those that could afford to do so often placed cocks out in the country, away from other gamecocks, in an area where the bird could reign supreme and fully develop his sense of invulnerability and superiority. Such a place was called the cock’s “walk” and is the genesis of the expression “cock of the walk”.  A cock on a walk was under the care of a “Feeder”. The feeder did far more than just feed the birds- he was more like a training coach.  He fed, dubbed, sparred and cared for the birds till they were ready for the pit.

For Cockers of the common sort of folk such elaborate preparations were generally not possible. Here the cock’s owner took control of all care and training aspects. Rather than growing up on a walk, cocks were often tethered out of one another’s reach with access to some small shelter.

As they age a rooster develops spurs which are his major weapon in combat with other roosters. The spurs are hard, cylindrical and generally upward curving. They grow throughout the life of the rooster and will regrow if cut or broken off. Before a cockerel even developed his spurs, they were often “sparred”, allowing young roosters to fight in a controlled, nonlethal manner. As spurs began to develop cockerels were still sparred, but now using little, leather ‘boxing glove” devices tied to their legs over the spurs. Termed “muffs”, they kept a cockerel from doing any real damage to his opponent. 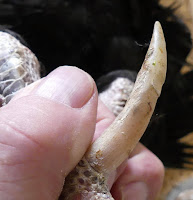 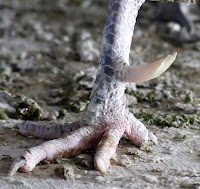 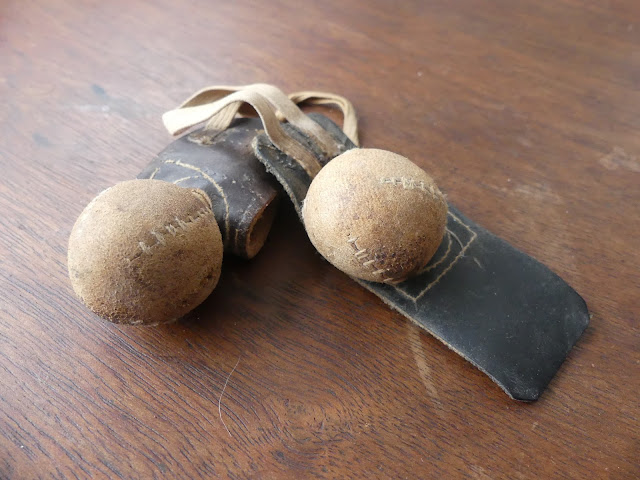 At some time in his life a young rooster would be dubbed. This involves cutting off the comb, waddles (the fleshy lobes that hang below the chin) and fleshy earlobes. When roosters fight, in addition to striking at an opponent with his spurs, a rooster will also bite and peck at an opponent. Potentially if a rooster grabbed an opponent by the comb the opponent could be held head down, unable to get in a good blow, while the aggressor was in a better position to deliver a killing blow. Dubbing a rooster sought to remove this potential hazard. 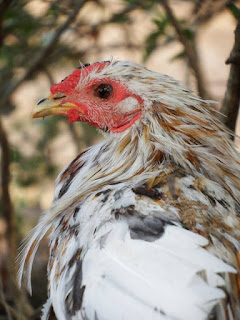 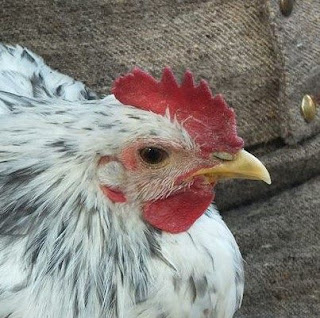 A Gamecock with his natural comb and waddles

As would be expected there were specialized diets recommended for fighting cocks, oftentimes kept secret, and such recipes varies widely. Knowing what we now do about nutrition and animal husbandry it’s often a wonder birds survived some of the diets. A diet of stale bread soaked in urine is sometimes recommended for several days before a match.

Typically, at about 2 years of age a rooster was considered to be in his prime and ready for the pit.

to be continued tomorrow in part III