A letter from the Surgeon

This letter has be translated from the original French 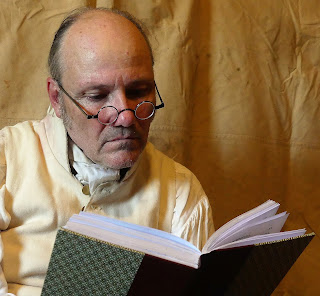 As we are in port, and I find myself with more leisure time than I had expected, I will take this time to write you of a most peculiar situation which has arisen.

I thank the Almighty each day to have left behind the prison hulks and I pray for the poor wretches there formerly in my care. Here in the Acasta I have the charge of two assistants in addition to “loblolly boys”.  One, Reid, seems adequate if unimaginative. The other, Girard, was temporarily promoted to position of surgeon during the absence of an actual surgeon. Imagine my surprise to find, upon my arrival, that he was imprisoned having shot a Marine in a duel! You can well imagine my opinion of one who-having sent their days attempting to aleve human suffering, would willingly try to take another human life!

Through some manipulation of the Captain he was returned to the ship to occupy his former position as one of my assistants. Upon his return I had another surprise. He is French! Well, not exactly truly French but Creole, and imbued with all the superstition and jocularity of those crude but honest folk.  He is, apparently, a favorite among many of the crew, who call him by his Christian name of Baptiste. You might expect that finding me a fellow Frenchman would incline me to his favor, but such is not the case.  Having been around him for a bit now I take less offense at this, as I think my greatest fault  with him is merely that I am not the Acasta’s former surgeon. This fellow, a Doctr Roberts, was apparently also favored among the crew, and it seems Girard was dog loyal to him. I have since learned this duel was less over a personal insult to Girard and more over an insult to the good Doctr Roberts. It seems the last word of Doctor is that his transport vessel has gone missing and this is also a source of anxiety for poor Girard.

I do believe that Doctor Roberts and I would have gotten on very well. It seems he was also a student of Natural History, with an interest as great as my own. Many of his collected specimens are still aboard. Girard has a proprietary curatorship over these, as he helped in the collection of most of them and plans to deliver them to Doctor Roberts in the future. The poor fellow will not entertain the notion that Roberts may already be lost.

When discussing the collection of some particular specimen, Girard will sometimes become animated to the point he even forgets he dislikes me, which is almost entertaining. He has an excellent informal knowledge of Natural History, again infused with many simple superstitions, and good powers of observation. He can read both French and English and is actually attempting to learn Latin. I think he could be most useful in my own studies were I ever able to win him over. 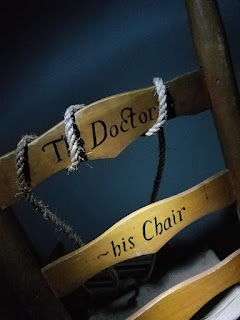 Finding him possessed of those positive attributes I was then disappointed to learn he is an avid patron of the cockfighting pit! How can one so often involved with trying to heal suffering find entertainment in such contrived combat between two creatures, human or otherwise? Such is the inconsistency of Man!

One other small incident, and abord ship where there is no escaping one another, small injuries can quickly become large grievances. Early in our acquaintance Girard came upon me sitting reading. He quickly informed me that the chair I was in was, in some unspecified but very potentially dangerous way, broken and should not be used. The chair was perfectly fine, but I vacated it regardless. He said he would have the carpenter see to it and later put a line across it lest I forget and transgress again. I later asked one of the Loblollies of the chair. It seems it was the former throne of the good Doctor Roberts.

And now I find that I have become weary of my rendition. As always, I keep you and your family in my prayers as I trust you do me,

Email ThisBlogThis!Share to TwitterShare to FacebookShare to Pinterest
Labels: Baptiste, The Doctor