This being my first article for the website and Acasta pages I ask that you bear with me as this is the first of a series over the next year. In July I was asked by Capt. Bob to do a Gunners training class for the FGW (Friends Goodwill) Sloop. I had offered my services at the sail training class several of us attended earlier in the year. 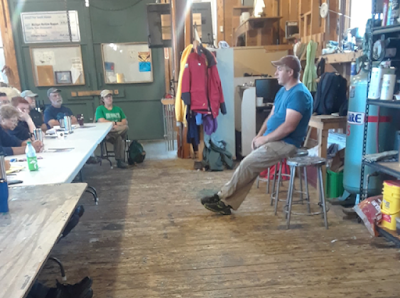 To go further I  feel a little background info on me is needed. I was introduced to reenacting at 12 years old, my parents were having a rough patch one of many and dad took me to a civil war event in Georgetown Ky. A year latter they were divorcing and I was looking for a unit to join as a way to escape my reality. I had a lot of trouble with this as most would not fool with a 13 year old I had many rejections. My mother used to sell junk at festivals and it was announced at Augusta Ky there would be reenactors as part of the festival I was determined to be in it. 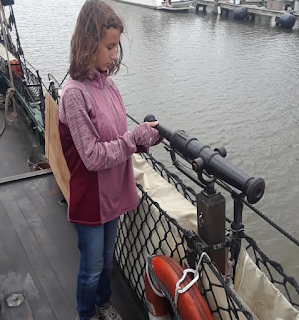 I met a man who changed my life an old Korean war vet who had a cannon, his name was Tom Henson. He took me in without question and I was soon on his gun crew with the coolest job in the world I fired the cannon. That’s right the #4 man life had just took an upswing. I found I had a love for the big guns and never looked back though I did do a stint in horse artillery. My experience is now at 25 years of messing with cannons and I have never regretted it I have seen some awesome things like 50 firing at once and tradgety such as the accident at north college hill Ohio. It puts me in a good place to teach and pass on my knowledge.

Im sure it made several people nervous when it was announced that I would teach a class for the sloop, who can blame them here I am barely out of training and some of these guys have been sailing the sloop for a decade. I must admit this was intimidating so I brought back up, no not the Acastas as they were all busy. I took my Daughter Allie who wants to attend sail training this year. She was there to take photos and video for me as well as experience her first sail. Unfortunately the sail did not happen however the crew did treat her like family and she loved it. The class started off a little rocky with some push backs and some “well that’s the way we’ve always done its”. I expected this and was prepared backing up what I was teaching with stories of disaster and triumph. I probably put a good healthy fear into several of them which is a good thing in my opinion. I slowly won most of them over I believe. We soon went out to the Ship where I asked Tom to walk through the ship board operation of firing the cannon. As he was talking and not focusing on what was going on the rest of the class was quick to see his potentially disastrous mistakes in the gun drill. It was able to be used as a teaching moment to stress the point that the gun crew needs to focus on the gun first. 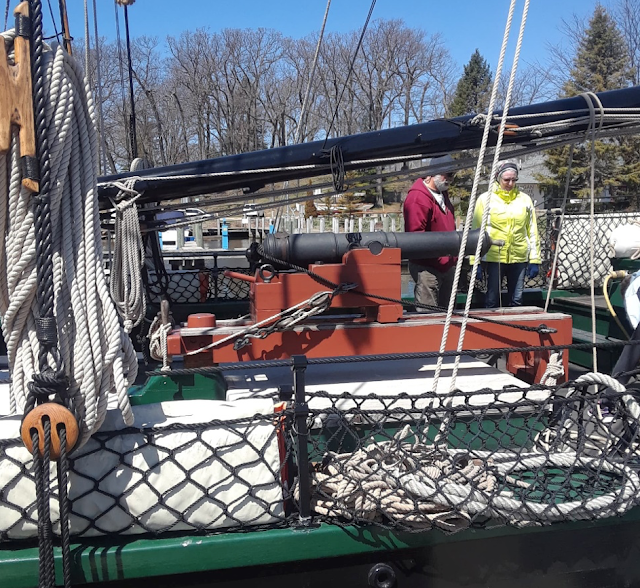 As the day drew to an end I decided to talk a bit about maintenance on the cannon I realized some improvements needed to be made in that area so while the crew practiced gun drill I decided to borescope the ships swivels. The one pictured above was actually in very bad shape and full of cracks and stress fractures not a good ending to the day. It had the potential to explode given the right conditions which being on the quarterdeck with all the ships officers this could turn into a very bad thing. As of this writing contracts are in the works to replace the swivels with a new set made form ordnance grade steel.

Shortly after leaving I felt I had made a pretty good impact on the students and staff as well. Within a couple weeks I was asked to become the Master Gunner for the ship, I humbly accepted. As of now there is a rework of the manual to teach the class underway as well as other improvements in the gunners department. I have been able to show a new way of making rounds for the cannon which has made a big difference in reducing misfires. New safety procedures are also in the works.

All in all I call this one a successful expedition with many more to follow.