Acasta in the News 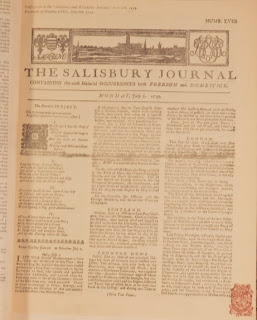 PORTSMOUTH, June 6. This morning the battalion of marines under the command of Major R. Williams, embarked on board the Diadem, supposed for North America.

The outward bound East-India fleet, consisting of the Carmarthen, Apollo, Fairlie, Alexander, Earl Howe, and Marchioness of Ely, dropped down to St.Helen's on Wednesday, and sailed on Thursday, under convoy of the Junon, of 38 guns. Major-General Nightingale, appointed to a command in Bengal, is a passenger on board the Marchioness of Ely; Sir S. Toler[?], appointed to succeed as Advocate-General at Madras, is a passenger on board the Apollo.

The Acasta takes out Vice-Admiral Martin to Lisbon, instead of the Pique.

Lieuts. Banks and Weeks, of the Northumberland, and Growler gun-vessel, are promoted to the rank of Commanders, for their exertions in the recent destruction of the French frigates off L'Orient.

Exerpt from 'The Salisbury And Winchester Journal and General Advertiser of Wilts, Hants, Dorset, and Somerset.', Monday, June 8th, 1812 issue.

Email ThisBlogThis!Share to TwitterShare to FacebookShare to Pinterest
Labels: In the News, Miscellany