A letter from the Commodore 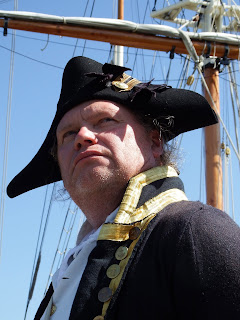 With the savage winter snows swirling about the buildings here at the dockyard, it encourages us to find tasks suited to the indoors. Although I am charged with making a regular inspection tour of our squadron at anchor here in Navy Bay (and do so on a weekly basis), I am mostly involved in endless accounts. As I have already completed this week’s round, and find the pile of paperwork has diminished to an acceptable level, I now have time to write to friends and colleagues on elements of Naval warfare here in the north.

Indeed, between the weather and the general idleness of many of the officers, we look to social pursuits to fill our time. It has been a custom for a generation in these parts, to have as a mid-winter distraction, a Ball to celebrate the Queen’s Birthday, and this winter was no exception. Sir James, upon noting the value of said Ball and the like, decided to dine all his senior officers in to take measure of their Spirits and to boost them as necessary. You may recall that our Autumn just past was one of great difficulties and equally great disappointments.

As the dinner was to gauge the moods of the officers present, the normal ban on discussing matters professional was lifted and so the talk became quite spirited.

One topic with much heated discourse was on carronades versus long guns, and I know you would have been quite interested and involved, had you been present.

It is perhaps not well known that our squadron has a preponderance of carronades as opposed to U. S. Commodore Chauncey’s more balanced armament. As you know, for many years, we have been removing 4 and 6 pounder long guns for the smaller vessels in the Royal Navy, and replacing them with 12, 18, 24 and even 32 pdr carronades. Our sloops and brigs on the lakes reflected that practice. We even have some 68 pdrs! Indeed, since most of our encounters up to this point were at close quarters and small warships are not stable firing platforms, closing the range seemed the only way to ensure hits. It made perfect sense. 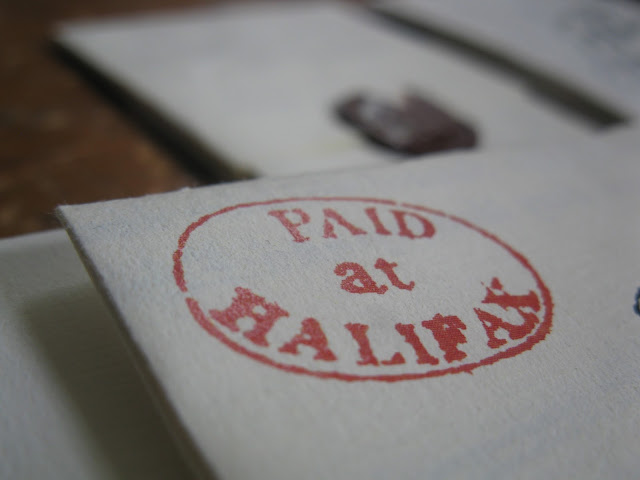 I took the position that carronades are most useful with our ships and even postulated that this would be the weapon that would prevail.

“Why would you say that?” asked Sir James, inviting me to continue.

“Well Sir, I base this on my experience with the North Sea Fleet when I was Sailing Master aboard HMS Director (64), Captain Wm. Bligh.

“One ship of the Fleet was the fourth rate HMS Glatton (56), an ex East Indiaman launched in 1792, bought into the service in ’95 and commissioned under Captain Henry Trollope. She was initially armed with 28-68 pdr carronades on the lower deck and 28-42pdr carronades on the upper deck.”

“Well, although the 42s were replaced with 32 pdrs early on, she could still boast a broadside of 1400 lbs!

“On the 15th July, 1796, alone, she fought a French squadron of four frigates, three corvettes and an armed cutter, causing them so much damage that they had to break off the action.” 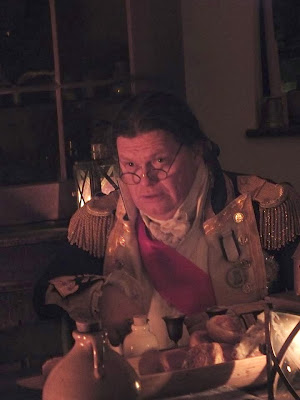 “Now, Captain, can you not see that in both these situations, the enemy was unaware of the nature of their opponent, in both instances thinking they had a decided advantage and closed the distance to their ultimate peril? Had they been aware of the limited range of Sir Henry’s guns, they could have hauled off to over 500 yards and battered him to kindling!”

He paused for a moment, then,

“Have you ever heard of Commander John Wright and HM Sloop Vincejo?” he asked me.

He continued, “In the year ’04, armed with only 18 pdr carronades but for her two chasers, she was surrounded in Quiberon Bay by French gunboats and pounded from range, compelling her surrender!

“No Captain, it’s not short range carronades we need, no matter the size of their shot, but bigger guns with longer range, miles of range, so you can hit the enemy as soon as you can see him! And with explosive shot, to increase the damage! That’s the future of Naval gunnery!” he stated with great enthusiasm.

“Hear him, hear him!” came the near simultaneous roar from the assembled officers.

Then, staring intently down the table to catch the eye of the “vice”, he nodded.

The mid seated there then raised his glass and said, “Gentlemen, the King!”

There is great zeal for the service and we can’t wait for the lakes to open up so that we may again attempt to fight the foe!

But only at close range until the Commodore’s long guns arrive..

I trust all is well with you and Acasta?

Ship's data and some history comes from Rif Winfield's British Warships in the Age of Sail, the 1714-1792 (Rainbow and Director) and the 1793-1815 (Glatton and Vincejo) volumes.

The service history of Sir Henry Trollope GCB comes from Volume 3 of A Naval Bibliographical Dictionary 1849. There's a footnote on the career bio of Captain George Barnes Trollope about his esteemed half-brother, the late Admiral Sir Henry Trollope (deceased 1839).

Curiously, the footnote above it is for Lieutenant Robert Trist. Lieutenant Trist was a Master's Mate and passed lieutenant aboard James Yeo's sloop of war Confiance (rated 18 although she was armed with 22 carronades!) and was confirmed Lieutenant due to heroic deeds he committed in 1808 while serving under Yeo. He served under Yeo again aboard HMS Southampton (32), Sir James' last vessel before coming to the lakes in 1813.