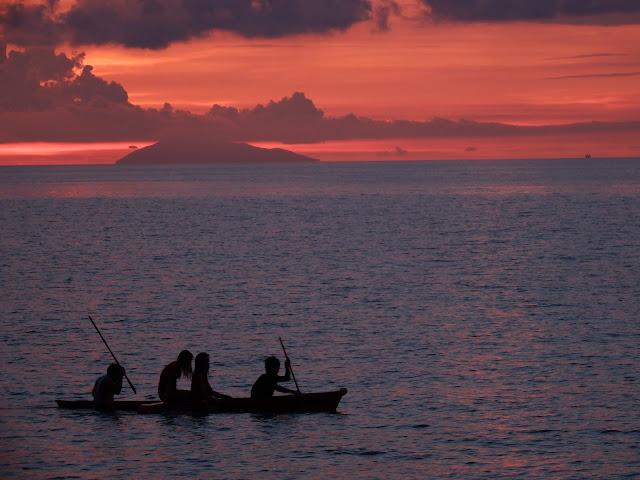 A story in four parts by Tony Gerard. 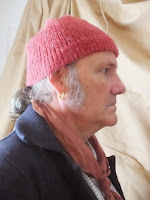 Dey cut de heads off all de Spaniards and gather up some of dere tings. De heads dey put into baskets
some of dem carry on dere backs. Dey give me one to carry widt a Spaniard head in it.  Dey sign for me to go widt dem on a trail into de mountains.

Dat night dey build a fire and some begin to peel de flesh off de heads widt der axes. I am feared dey will make a soup of it- but no, dey just have dem to show dere family all de fellows dey kill. Dey save de skull bones and jaws.


I become very fond of a girl, de sister of my friend. I call her Marie and it make her to laugh. To dis day I have never been so fond of any other woman. Finally I ask for to her for a wife. Her family agrees and we is married. We have a house of our own. We grow camote an tarro an wish to have children. I am very content- but for one ting. 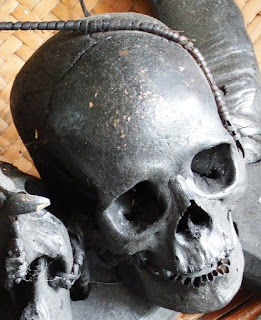 I cannot forget my promise to Russo. Finally it torment me so dat I decide to leave- which break my heart because I love Marie so. When I tell her she say dat she will go widt me- she love me too much to do widout me. I am allways telling to her how handsome she is to me and how fond I am of her. Her peoples do not say does tings to one another- and she say she cannot do widout hearing does things from me now dat she knows dem.

So we go to leave. De day we are to depart her father come to me. He have a gong dey play for to dance. De handles of de gong is made of killed fellow's jawbones. He cut one side loose and give me de jawbone. "Is dat fellow you kick in de balls" he tell me.

So we make our way to de sea an steal a canoe. We avoid de Spaniards and go from island to island. Whenever we come to people in dose island I hold out Gasparia's jawbone and say "Espaniard" and we are welcomed. No one like de Spaniards. Finally along de mainland we find a ship- another Dutch ship- but I am signed on and work to pay our passage.

A year after we leave we arrive in Louisiana. I seek out Vilot. I tell her of Russo, dat his last toughts was for her and he wish her to marry again- a good fellow. It has been six years now since we sail- and she has never taken another fellow. She tell me dat now she know what has become of Russo she will take another husband. She say dat Russo's younger brother has  looked after her for dese last years, and he wish to marry her. She will marry him now she say.

"Wot about the lin- lin- go?" asked the topman slowly. The laudanum was having its effect.

"Oh, it was a gift from Marie's family"

"A good yarn" drawled the topman "but not very believable"

"Less believable than a sober man falling from de tops of a becalmed ship?" The topman smiled and laid a finger woozily beside his nose. Roberts pretended not to notice. Two broken legs were punishment enough in his book, no need for  the fellow to be lashed for drunkenness when he recovered.

"An your headhunter wife? Wot become o her?"

"She waits for me in Louisiana. We have twin sons now" 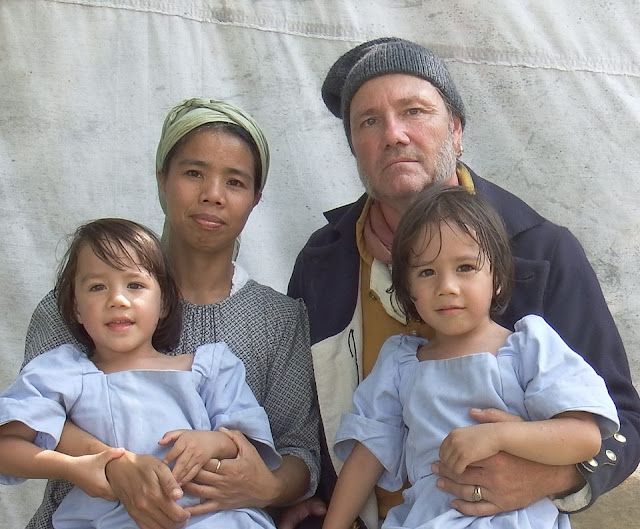 "I loves a happy ending..." The topman smiled with his eyes closed. He began to snore softly.